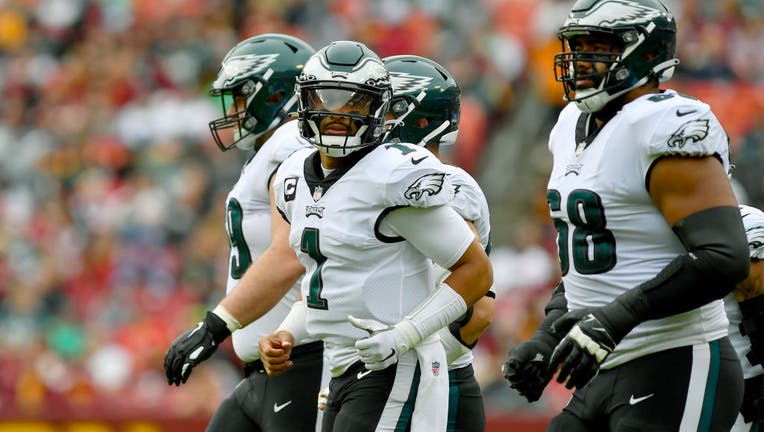 PHILADELPHIA - With 2021 ending with a record number of homicides related to gun violence, the Philadelphia Eagles are beginning the new year with a new initiative aimed at combating ongoing gun violence.

The "Enough Keeping Score, End Philly Gun Violence" campaign was launched at the start of 2022 in an effort to see the end of tragic gun violence in the city.

There was a record 562 homicides in Philadelphia in the previous year, which Rodney McLeod and wife Erika cite as a reason to want to get motivated into action against gun violence.

As a start to help towards the mission, the Eagles Social Justice Fund of the Philadelphia Foundation will be awarding $316,600 in grants to 32 Philadelphia-based non-profits.

These non-profits will be selected based upon their work serving the region through specialized social justice work.

"This isn't going to be a campaign that ends once the season stops because change isn't going to happen overnight," McLeod said. "I hope this campaign brings attention outside of Philadelphia to what's going on here, encourages others to want to get involved, encourages the people here to look a little closer at themselves and our communities, at our children, to see what we're actually doing."