Soccer makes a return to Chester High School after 30 years

A Philadelphia Union partnership brought&nbsp;soccer back to Chester High School after 30 years.

It certainly had the look and feel of a playoff game, but this high school soccer match didn’t even count in the standings. You see many of these players from Chester High School never touched a soccer ball until this year. 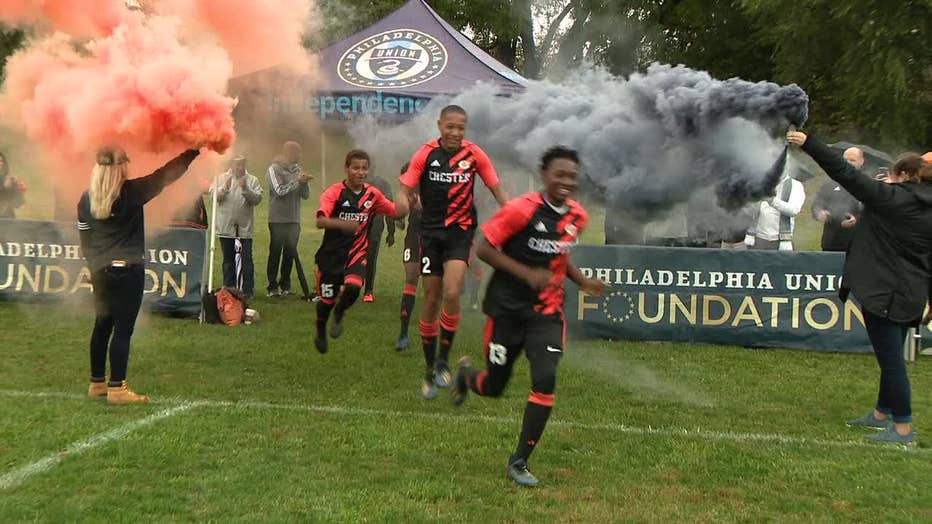 “We’ve had a tremendous challenge. They had nothing, nothing, no field, no goal, no equipment, no coaches, nothing at all," Paul Howard, executive director of the Philadelphia Union Foundation, said.

The Philadelphia Union, who couldn’t bear to think their home city high school could not field a team, helped fund a girls' and boys' soccer program complete with new uniforms.

Patricia Trippley wouldn’t have missed this game for the world. This was a dream of her son William, a soccer star who was shot and killed in Chester back in 2004.

The foundation in his name also helped fund the program.