CHESTER, Pa. - New fields, new equipment and hundreds of thousands of dollars. It's all coming to schools in Chester as soccer returns there for the first time in decades. Now, some are asking will the new program make a difference in a city that's struggled with some serious issues.

Scenes of a decaying community are not hard to find in the city of 34,000. Chester is one of Pennsylvania’s poorest cities with schools that have struggled with street violence. On Wednesday, a pro soccer team offered hope. 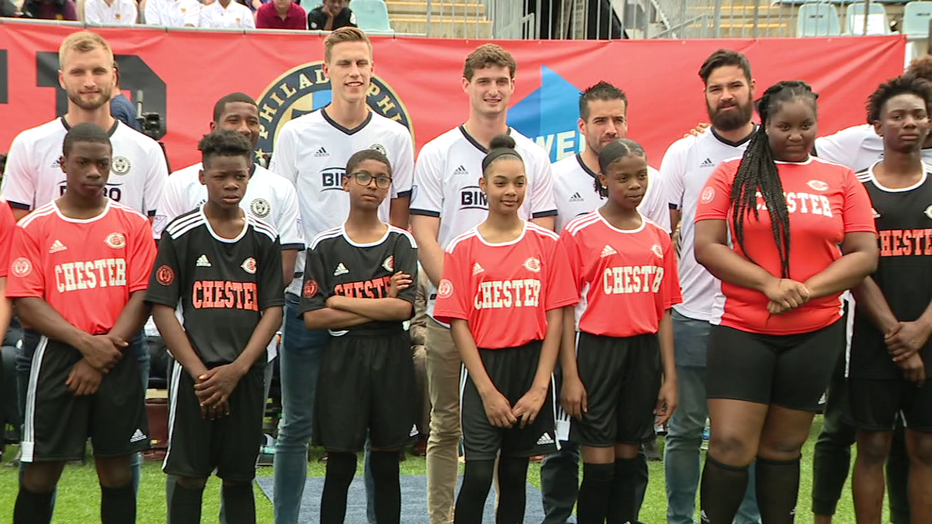 The Philadelphia Union, which plays in a gleaming Chester stadium along the Delaware River, is teaming with their foundation, as well as their neighbor Power Home Remodeling and the sporting goods retailer Adidas to return soccer to Chester’s high school and middle school.

"I love it. It's another opportunity for Chester. We don’t have a lot of opportunities so when we get it we run with it," high school student Syni Reese said.

The group's pledge is to pour a half million dollars in the next three years into new fields, equipment and coaching. The team made it’s announcement Wednesday with great fanfare linking student players with the pros and allowing the kids to kick on the stadium turf.

"I recognize it won’t be long now before the first child from Chester steps foot on this field and wears this uniform," Head Coach Jim Curtis said.

Soccer will not cure all of Chester’s ills, but the people here believe it’s a start.

"This is a place where you can get away. This is a great place where everybody can focus on soccer, have fun if we are here none of that matters," Auston Trusty said.