The map, created by a team at NASA's Jet Propulsion Laboratory, shows the surface displacement caused by both of the recent California quakes.

A magnitude 6.4 earthquake on July 4 struck near the town of Ridgecrest, California, located about 150 miles northeast of Los Angeles. Later deemed a “foreshock,” the quake was followed by a larger magnitude 7.1 quake on July 5 in the same area, according to the U.S. Geological Survey.

NASA’s map, created by the Advanced Rapid Imaging and Analysis team at NASA's Jet Propulsion Laboratory and California Institute of Technology, shows the surface displacement caused by both temblors. 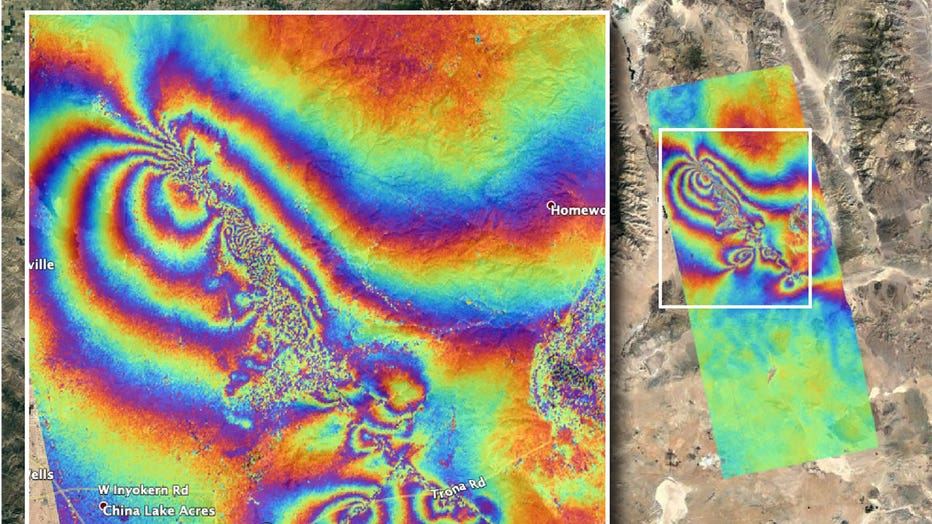 It was created by radar images taken before the earthquakes on April 16, 2018 and after on July 8, and scientists compared changes between the two. The team used images from the Japanese satellite ALOS-2.

Each rainbow cycle represents 4.8 inches of ground displacement either toward or away from the satellite, NASA said.

Another map created by the team following the quakes shows how much the earth moved and in what direction — but in a different way. 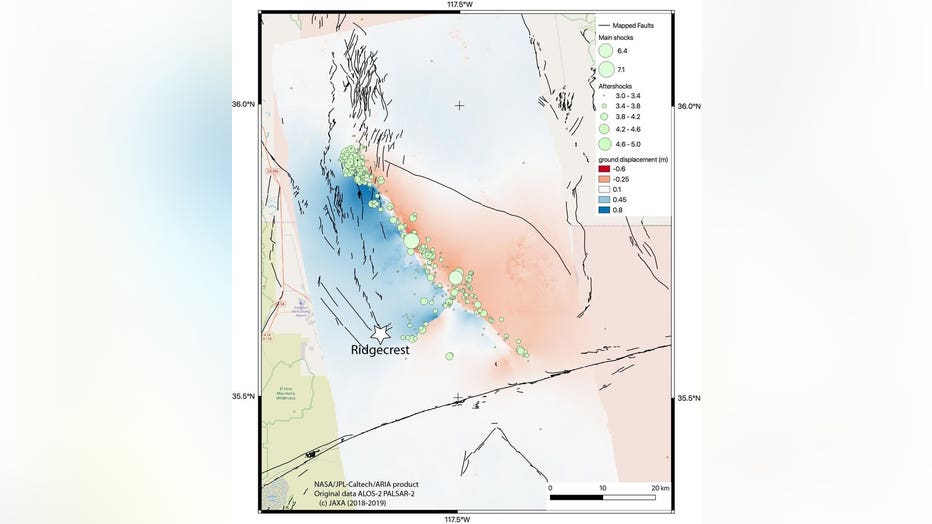 The blue tones show that the ground west of the main fault rupture, which runs from the lower right to the upper left, moved toward the northwest by as much as 2.7 feet during the 7.1-magnitude quake. (Photo credit: NASA/JPL-Caltech)

State and federal scientists, including the California Geological Survey and USGS, were using maps like these in the field to assess damage and map the faults that broke, NASA said.

Satellite imagery released from Planet Labs Inc. also appeared to show changes in the area close to the 7.1 quake’s epicenter. In before and after photos, taken on July 4 and July 6, a crack in the earth’s surface was visible.