The new study is based on data after researchers followed nearly 17,000 women, ranging in age from 62 to 101, for four years.

LOS ANGELES - Hitting the 10,000 steps a day mark has become a standard health goal for many activity trackers, but a new study seems to indicate that you might not need to hit such a high number to see the benefits.

The recent study of older women, published in the Journal of American Medical Association Internal Medicine, found that those who took about 4,400 steps a day had a lower risk of dying than women who took about 2,700 steps per day.

The study also found that with more steps per day, mortality rates progressively went down before leveling out at approximately 7,500 steps per day — suggesting those extra 2,500 steps might not be so necessary.

“These findings may serve as encouragement to the many sedentary individuals for whom 10,000 steps (per day) pose an unattainable goal,” the study stated.

The average number of daily steps worldwide is approximately 5,000, while the United States averages around 4,800 daily steps, the study states.

The study is based on data after researchers followed 16,741 women, ranging in age from 62 to 101, for four years. The participants wore step counters for seven days to measure their step count and intensity. A total of 504 women died in the group during that four-year time period.

A person's stepping intensity, or how fast or slow their steps were, didn't seem to make an impact. The study found that the number of steps was the metric consistently related to a lower risk of dying. 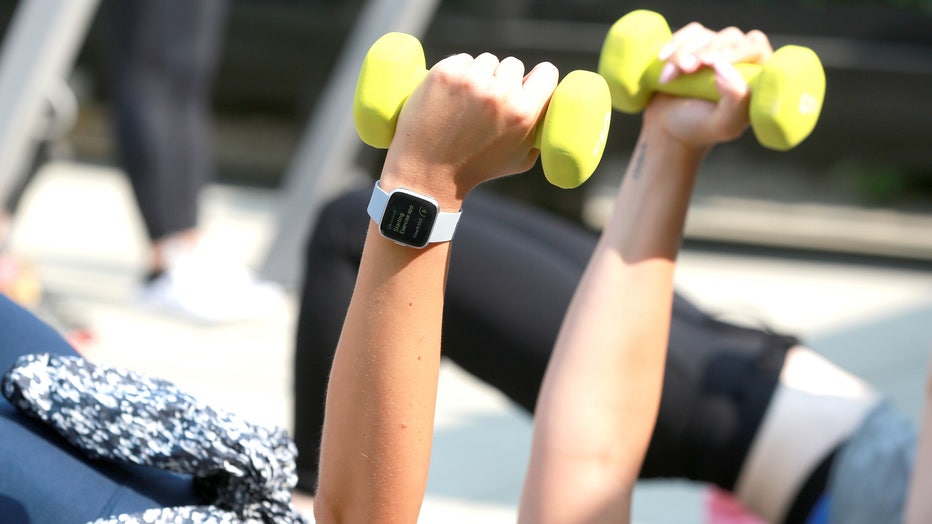 The study also points out that the common goal of 10,000 steps per day is often used as the default goal on fitness trackers and smartphones. However, the origin of the number doesn't seem to have a clear scientific reason behind it.

The study noted that, instead, the number likely stems from the name of a pedometer sold in 1965 in Japan called “Manpo-kei,” which translates to “10,000 steps meter” in Japanese.

Since the study only looked at mortality and not quality of life, there is still more research to be done, study author I-Min Lee of Brigham and Women's Hospital told the New York Post.

“I think it’s encouraging that you can get significant health benefits with less steps,” Lee said. “But if you do 10,000 steps, then more power to you.”