Those who exclusively drink bottled water over tap water can ingest an additional 90,000 plastic particles each year, the study found.

LOS ANGELES - Americans are ingesting thousands of tiny plastic particles each year, and according to new research, those who hydrate exclusively from bottled water could be doubling the amount of their intake.

These tiny plastics, called “microplastics,” come from a variety of sources and are very widespread, ending up in our oceans and lakes, according to the National Oceanic and Atmospheric Administration.

One source of microplastics is larger plastic products, which degrade into smaller and smaller pieces in the environment, researchers said. Another source is the shedding of particles from food and water containers during packaging.

Americans eat, drink and breathe in an estimated 74,000 and 121,000 microplastics each year, depending on their age and gender, according to a study published Wednesday in Environmental Science & Technology.

Those who only drink bottled water over tap water can ingest an additional 90,000 plastic particles each year, the study found.

“Individuals who meet their recommended water intake through only bottled sources may be ingesting an additional 90,000 microplastics annually, compared to 4,000 microplastics for those who consume only tap water,” the study stated. 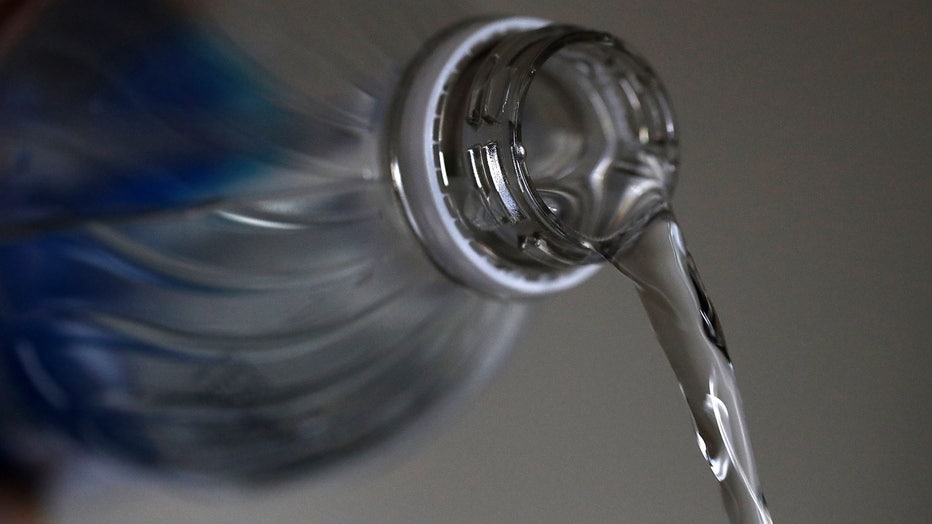 A bottle of water is displayed on March 16, 2018 in San Anselmo, California. (File photo by Justin Sullivan/Getty Images)

Researchers evaluated only 15 percent of the average American's caloric intake, and the study noted that the values were likely underestimated.

The health effects of ingesting these microplastics remain unclear, but some pieces are tiny enough to enter human tissues, where they could cause immune reactions or release toxic substances, according to researchers.

"This new study once again highlights the pervasive nature of microplastics in the global environment,” Dr. Paul Harvey, an environmental scientist and chemist and professor at Macquarie University, told Science Media Center in reaction to the study. “While once thought to be limited to impacts on the natural world, microplastic pollution is beginning to become a detriment to humans too.”

The study was published on the same day as the United Nation's World Environment Day, which this year has a theme of “Beat Air Pollution.”