Black Americans are more likely to know someone who has been diagnosed with COVID-19 according to a survey.

The study released by the National Commission on COVID-19 and Criminal Justice, along with the Houston-based philanthropic organization Arnold Ventures, looked at crime rates in 34 cities of varying sizes. It found a 30% spike in homicides in 2020 compared to 2019. Study leaders called for urgent action to improve police-community relations and expand anti-violence initiatives.

Richard Rosenfeld, a University of Missouri-St. Louis criminologist and one of the study’s lead authors, said officers around the country were forced off the streets and into quarantine due to either contracting COVID-19 or to avoid being exposed by colleagues. Even when on the job, social distancing requirements kept officers from interacting closely with the community, he said.

"That really reduced the ability of law officers to engage in the kinds of proactive policing that can reduce crime," Rosenfeld said in an interview. 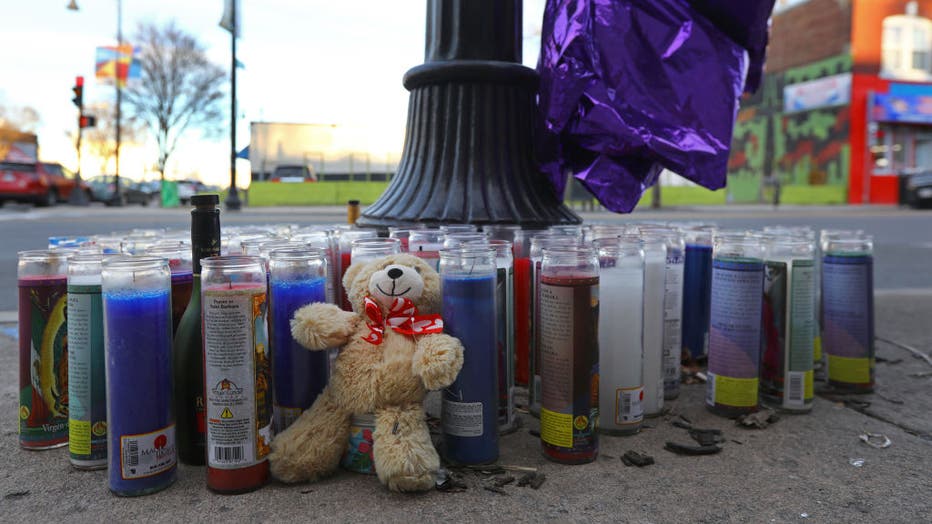 FILE - A memorial is set up in Boston's Dorchester, at Washington and Bowdoin streets, on Jan. 24, 2021, where a woman was fatally shot days prior. (Photo by Pat Greenhouse/The Boston Globe via Getty Images)

Rosenfeld’s home city was among those studied, and among the most violent. St. Louis recorded 262 killings last year, the most since 267 in 1993, when the city’s population was substantially higher.

St. Louis was far from alone. Homicides rose in 29 of the 34 cities studied. Killings more than doubled in Chula Vista, California, and Chandler, Arizona.

Milwaukee police Sgt. Efrain Cornejo said in an email that several factors contributed to the city’s rise in killings. Efrain said the city is still researching the cause "to develop better and new strategies to reduce gun violence in the future."

New calculations show the global carbon dioxide emissions plunged 7% in 2020 because of the pandemic lockdowns.

Homicide rates in 2020 topped 2019 levels during every month, but the increase was steepest after massive protests spurred by George Floyd's death in Minneapolis on May 25. The study found that in June through August, homicides rose 37% compared to 2019.

Rosenfeld said that deploying large teams of officers to demonstrations "reduced policing out in the community where it’s needed to keep crime in check."

The authors said homicides also spiked in the mid-2010s when protests followed the deaths of young Black people at the hands of police, including 18-year-old Michael Brown in Ferguson, Missouri, in 2014.

While it will be months before the federal government compiles full national statistics, authors of the study said it is likely that 2020 will see the worst one-year homicide rate increase ever, topping the 13% increase in 1968.

Other violent crimes also rose in 2020. The study showed that rates of aggravated assaults rose 6%, and gun assaults jumped 8%.

But residential burglaries dropped 24% and drug offenses declined 30%. Rosenfeld said the fact that so many people were staying home and off the street was a factor in the reduction of non-violent crime.