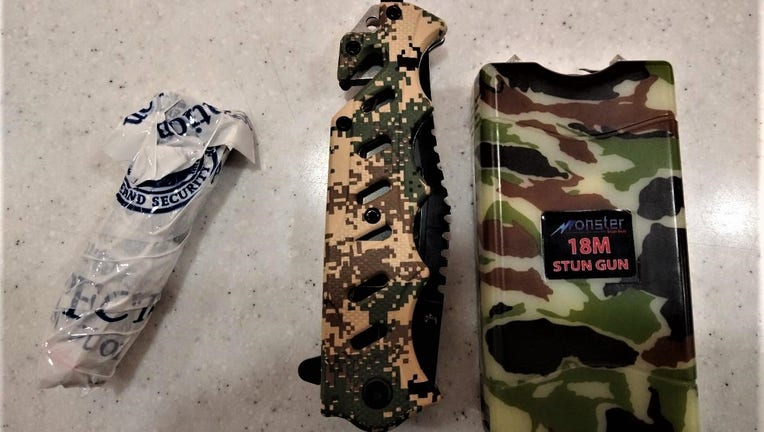 The TSA said a traveler at Philadelphia International Airport was in possession of a folding knife, a can of mace and a stun gun.

The unidentified woman was allegedly in possession of a folding knife, stun gun and can of mace, according to a tweet from TSA spokesperson Lisa Farbstein. The can of mace needed to be taped shut to prevent it from discharging, Farbstein said.

Over the weekend, TSA agents made another unsettling confiscation when a traveler allegedly tried to board a flight with a "knuckle-knife" on Saturday.

"Knives and knuckles are not allowed on planes, so this is like a double-whammy," Farbstein said in a tweet.

The Transportation Security Administration has a helpful list of what is allowed and not allowed for travelers to carry inside their carry-on luggage.