A look at past Super Bowl halftime shows

The Weeknd joined a list of celebrated entertainers who have performed at the Super Bowl halftime show when he took the stage Feb. 7 at Raymond James Stadium in Tampa, Florida.

Regardless of musical taste, the show has always catered to a wide audience, incorporating everything from marching bands to New Orleans jazz, from Latin and Caribbean vibes to Motown.

The much sought-after gig draws nearly as much attention as the NFL championship game itself. Here’s a look back at some of the most recent and most memorable shows from decades past. 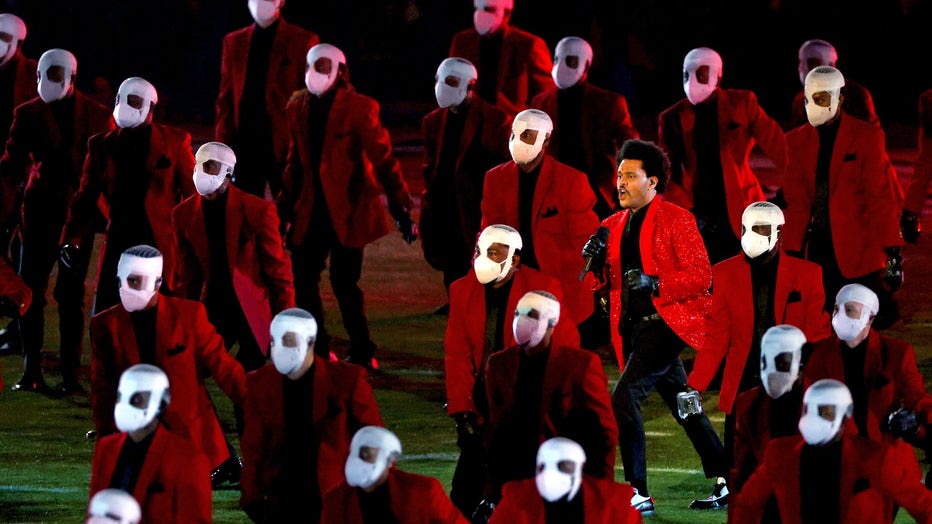 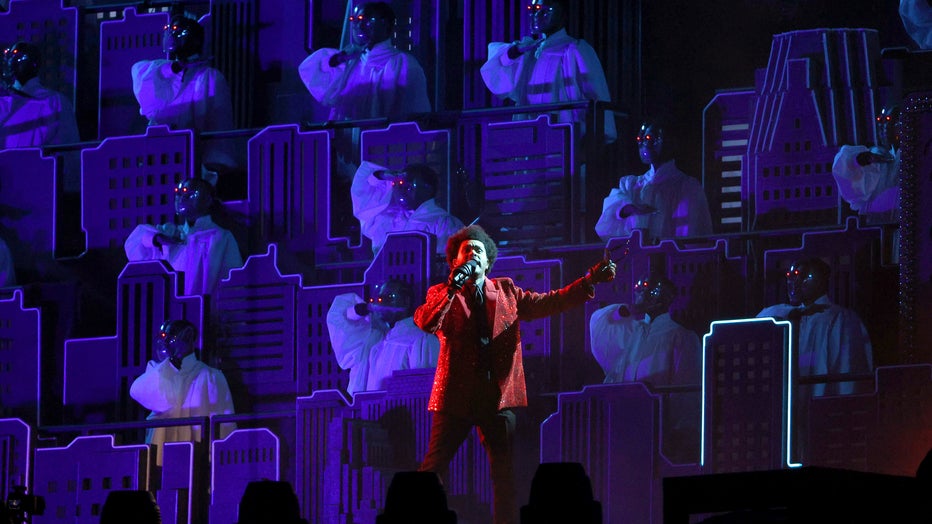 In a break from tradition, no special guests joined headliner The Weeknd on stage amid the COVID-19 pandemic.

The singer had a crowd of dancers alongside him though, who sported robotic-looking masks as the show began before switching to the full-faced bandage look The Weeknd has also been seen with.

The Weeknd sang a handful of songs, including hits "Starboy" and "Blinding Lights." 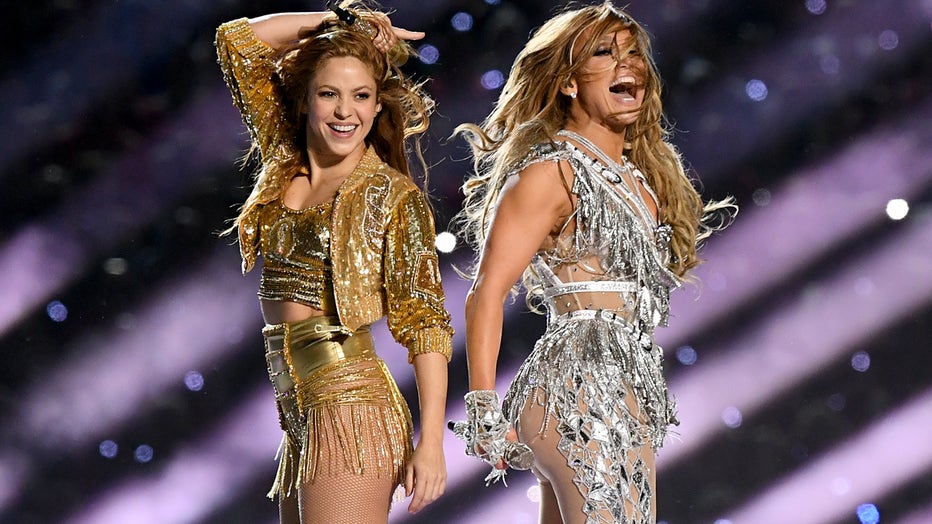 The performance from Shakira and Jennifer Lopez was well-received on social media, with special shoutouts from Latinos for their attention to detail.

Shakira paid homage to her Colombian roots by performing the mapalé — an Afro-Colombian style of dance from the country’s Caribbean coast. She also made a tongue-flicking cry called a zaghrouta, a way to express joy in Arab culture. Her father is of Lebanese descent.

Lopez brought out a dual Puerto Rican-American flag while her daughter sang the lyrics to Bruce Springsteen’s "Born in the U.S.A." Her daughter and other children with American flags on their shirts had emerged from what appeared to be steel cages.

Songs included Shakira’s "Whenever, Wherever," "She Wolf," and "Hips Don’t Lie," along with Jennifer Lopez hits "Jenny from the Block," "Waiting for Tonight" and "Let’s Get Loud." 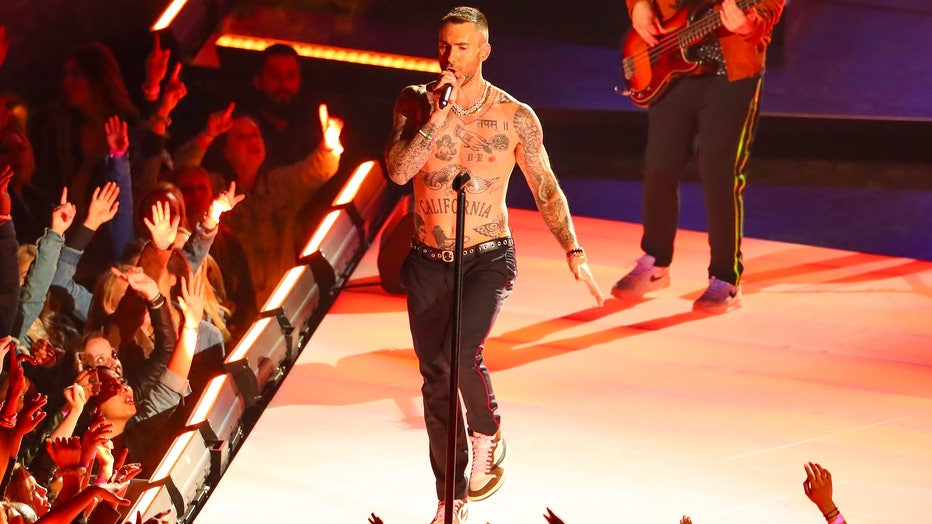 Adam Levine and Maroon 5 perform during the Pepsi Halftime Show during Super Bowl LIII between the Los Angeles Rams and the New England Patriots on February 3, 2019 at Mercedes Benz Stadium in Atlanta, GA. (Photo by Rich Graessle/Icon Sportswire via

The 2019 Super Bowl halftime show was the subject of much scrutiny — and even boycotts — amid the fallout of Colin Kaepernick’s NFL career.

Typically a coveted opportunity, numerous acts turned down the show in solidarity with Kaepernick and other players who have taken a knee during the national anthem in protest of racial injustice. More than 84,000 signed an online petition urging Maroon 5 to withdraw "until the league changes their policy and support players’ constitutional right to protest."

But Maroon 5 went on to perform alongside special guests Travis Scott, Big Boi and the Georgia State University Marching Band.

Maroon 5 reportedly joined with the NFL to donate $500,000 to charity ahead of the show. The NFL and Scott gave $500,000 to the Van Jones’ Dream Corps, which works on criminal justice reform and expands opportunities for diversity in technology, environmental issues and education. 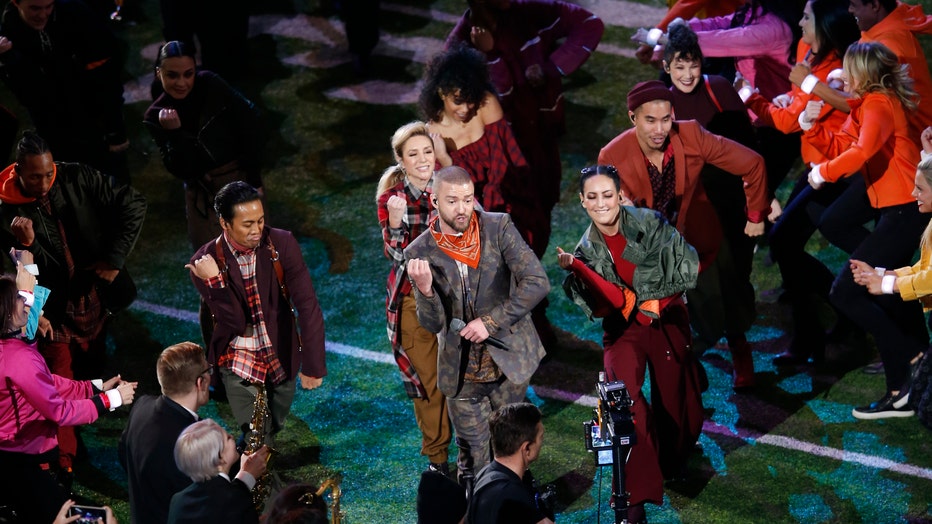 This halftime performance marked the third appearance for Justin Timberlake, the most for any entertainer.

He performed at the 2001 Super Bowl with N’Sync, and he sang "Rock Your Body" with Jackson in 2004 in Houston. That performance concluded with Timberlake ripping her costume to reveal her right breast bare except for a nipple shield.

Amid much speculation, neither N’Sync nor Janet Jackson reprised their time onstage alongside Timberlake at this year’s performance, though Timberlake did play "Rock Your Body." This time, though, he omitted the lyric that proclaims "bet I’ll have you naked by the end of this song." 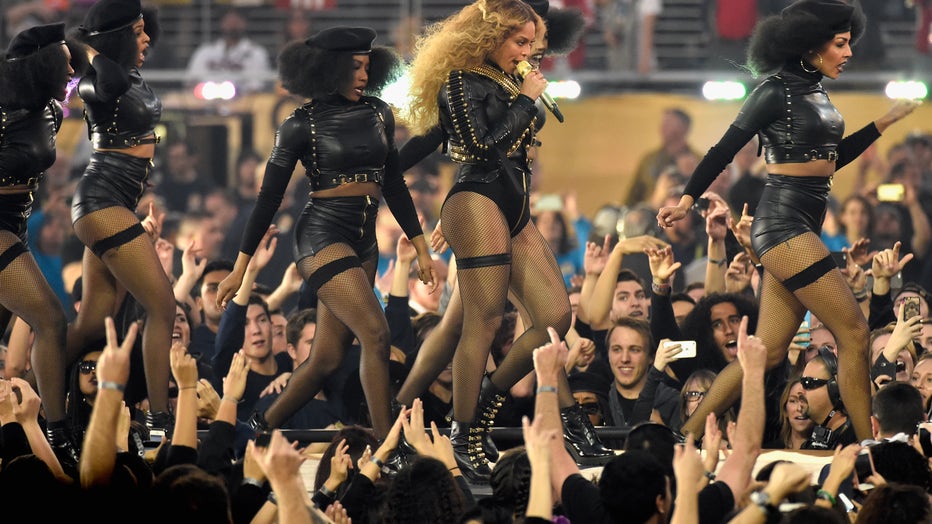 Coldplay was technically the headliner at this halftime show, but Beyoncé stole the conversation with her imagery-heavy performance.

Beyoncé’s dancers donned berets, sported Afros and wore all black, similar to the style of the Black Panther party, founded 50 years ago by Huey P. Newton and Bobby Seale in the Bay area — the location of this year’s Super Bowl. At one point during their routine, the dancers formed an "X″ on the field, which some people are taking as a tribute to slain black activist Malcolm X.

The production drew praise from her fans and consternation from critics. 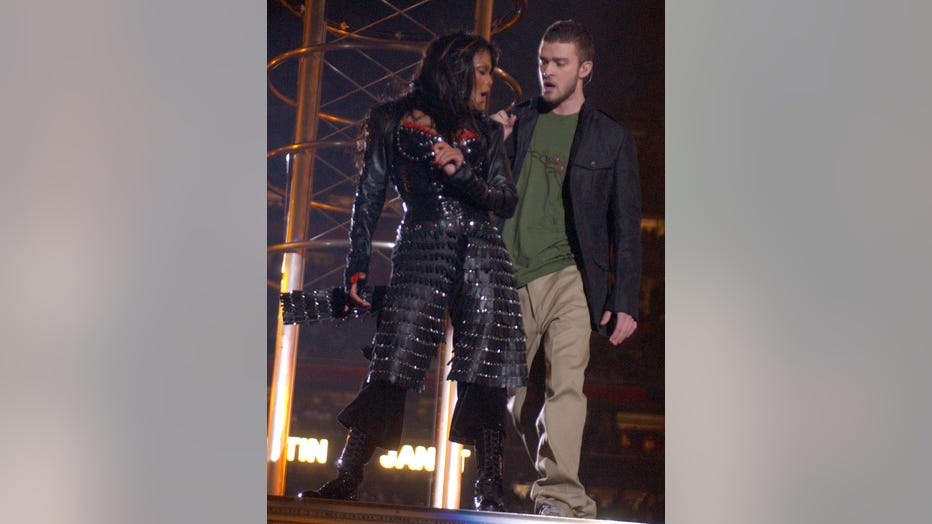 The star-studded performance is in the books as one the most memorable halftime shows ever —  for better or worse.

Janet Jackson suffered a "wardrobe malfunction" during the last song of the set, "Rock Your Body," alongside Timberlake. The infamous moment, which exposed her bare breast, drew CBS a $550,000 fine from the Federal Communications Commission. It was later overturned. 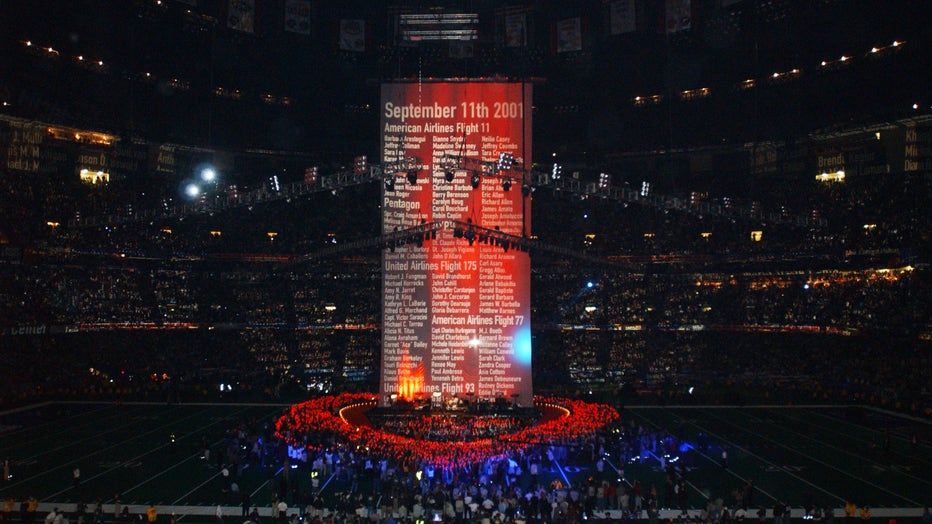 Names of the victims of the 9/11 attacks scroll up, as U2 performs during the halftime show at Super Bowl XXXVI in the Superdome, New Orleans, Louisiana, February 3, 2002. (Photo by M. Caulfield/WireImage)

U2 only performed three songs at the 2002 halftime show, but the performance was still well-received as the band paid tribute to 9/11 victims.

The tribute came during their second song "MLK." A screen raised from the stage, projecting a scrolling list of names from those who died in the terror attack just a few months prior.

U2 also performed "Beautiful Day" and "Where the Streets Have No Name." 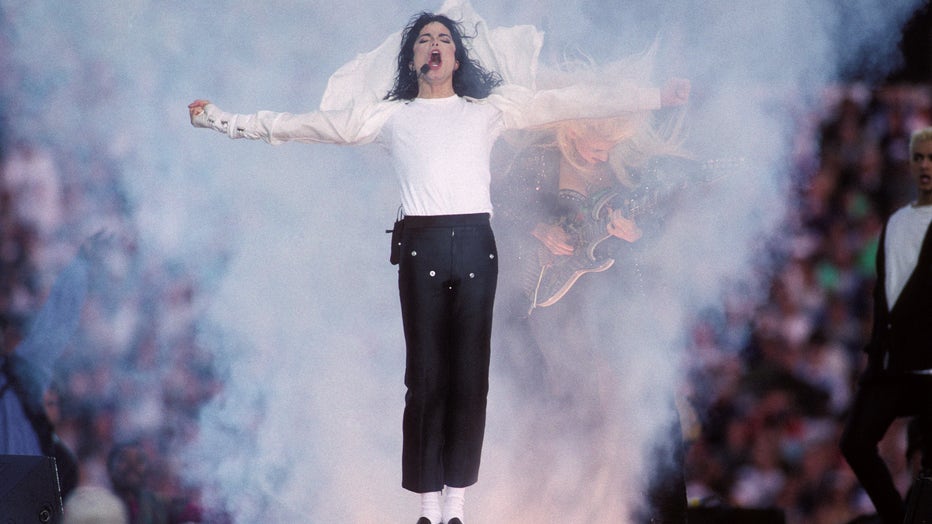 Michael Jackson performs at the Super Bowl XXVII Halftime show at the Rose Bowl on January 31, 1993 in Pasadena, California. (Photo by Steve Granitz/WireImage)

Fondly remembered as perhaps the greatest Super Bowl halftime show ever, the performance sent Michael Jackson’s album sales soaring once again and significantly set the bar for halftime shows in the future.

It’s reportedly one of the most-watched halftime shows of all time, with 133.4 million U.S. viewers.