A spectacular fossil of a huge flying reptile known as a pterosaur, that was found on the Isle of Skye, is the largest of its kind ever discovered from the Jurassic period. (Credit: Greg Funston via University of Edinburgh)

LONDON - The fossil of a 170-million-year-old pterosaur, described as the world’s best-preserved skeleton of the prehistoric winged reptile, has been found on the Isle of Skye in Scotland, scientists said Tuesday.

The National Museum of Scotland said the fossil of the pterosaur, more popularly known as pterodactyls, is the largest of its kind ever discovered from the Jurassic period. The reptile had an estimated wingspan of more than 2.5 meters (8.2 feet), similar to that of an albatross, the museum said.

The fossil was discovered by PhD student Amelia Penny during a field trip on the Isle of Skye in remote northwest Scotland, in 2017, when she spotted the pterosaur’s jaw protruding from rocks. It will now be added to the museum’s collection. 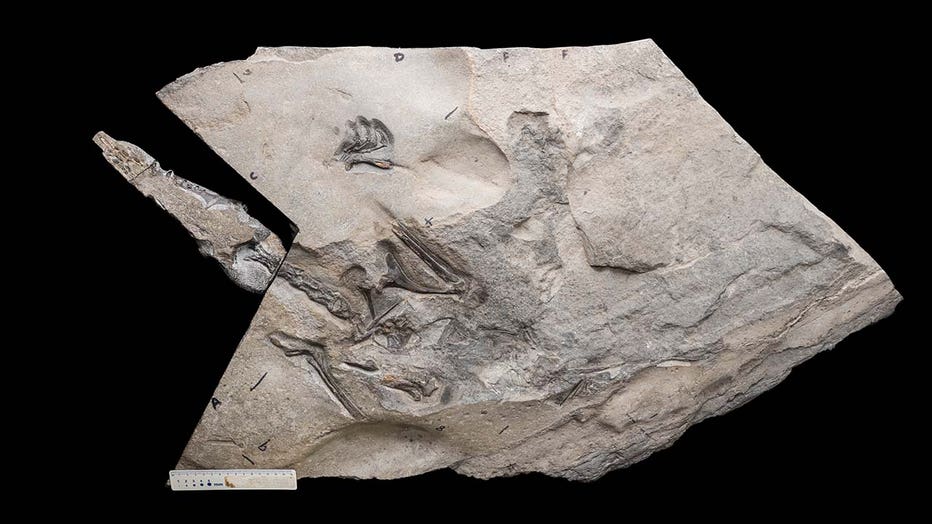 "Pterosaurs preserved in such quality are exceedingly rare and are usually reserved to select rock formations in Brazil and China," according to University of Edinburgh PhD student Natalia Jagielska, author of a new scientific paper describing the find. 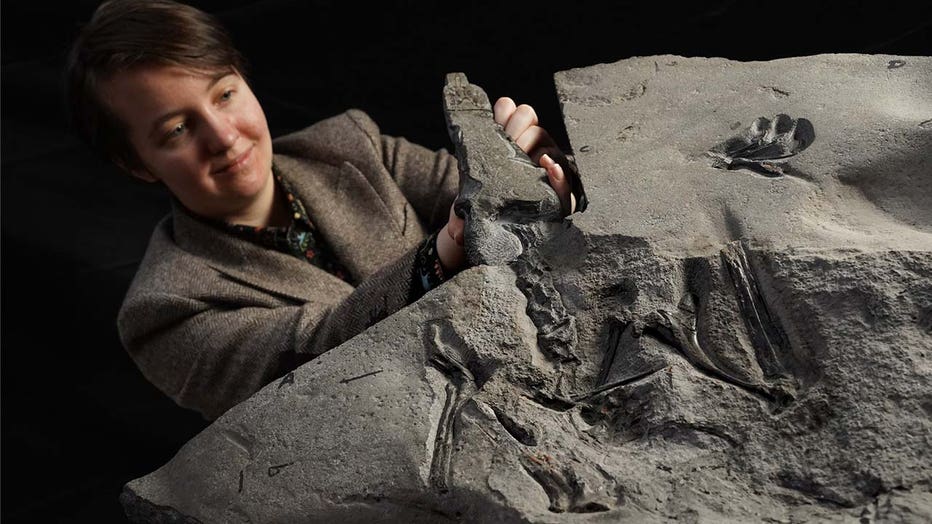 University of Edinburgh PhD student Natalia Jagielska at the pterosaur specimen unveiling at the National Museum of Scotland on Feb. 22, 2022. (Stewart Attwood)

"And yet, an enormous superbly preserved pterosaur emerged from a tidal platform in Scotland," she said.

Steve Brusatte, a professor of palaeontology at Edinburgh University, said the discovery was the best one found in Britain since the early 1800s, when celebrated fossil hunter Mary Anning discovered many significant Jurassic fossils on the southern English coast.

He said the fossil had "feather light" bones "as thin as sheets of paper" and it took several days to cut it from rock.

The pterosaur, which has been given the Gaelic name Dearc sgiathanach, "tells us that pterosaurs got larger much earlier than we thought, long before the Cretaceous period when they were competing with birds, and that’s hugely significant," Brusatte said.