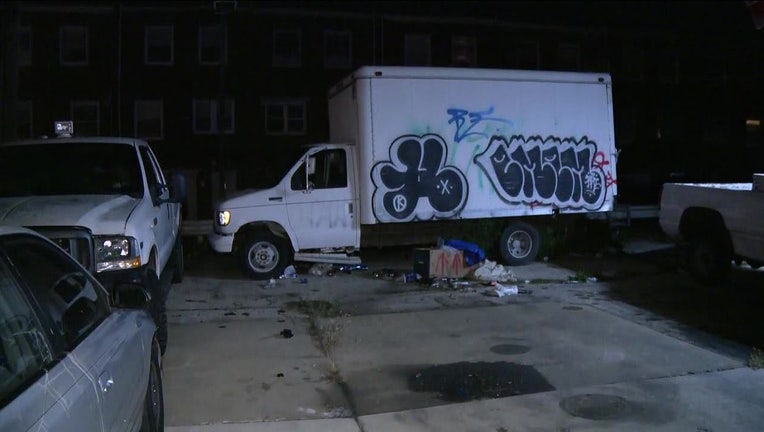 Police say both men were found dead in the front cab of the box truck.

PHILADELPHIA - Philadelphia police say they are investigating the ‘suspicious’ deaths of two men who were found stuffed in a truck in Northeast Philadelphia.

Police responded to a 9-1-1 call reporting two possible dead bodies inside of a truck at Bustleton Avenue and Unruh Avenue around 8 p.m.

Investigators say they found both men deceased on the floor of the front area of a large box truck. Both men were pronounced dead at the scene. One of the deceased has been identified as a 64-year-old man. The second is a man believed to be in his 50s or 60s.

Witnesses in the area told police both men were known to live in the back of the truck.

Philadelphia Police Chief Inspector Scott Small says there were no obvious signs of drug paraphernalia or trauma to the body, but they were found in an unusual and suspicious location. Homicide detectives were called to the scene to conduct a preliminary investigation.

Chief Inspector Small says police did not receive any calls for gunshots or fights in that area.