OMAHA, Neb. - Losing a shoe at the start of a race is the kind of mishap that would leave some runners too flustered to finish. But not 7-year-old Talaya Crawford.

Talaya, daughter of world champion boxer Terence "Bud" Crawford, has gone viral after video showed her losing her shoe at the start of a race in Omaha, Nebraska, then making an incredible comeback and finishing first.

The video first appeared on Twitter May 8 and had 9.6 million views as of Friday. Terence Crawford shared the video on his Instagram page in a proud papa moment.

"I just can’t stop thinking about my daughters [sic] track meet yesterday," he said. "She just doesn’t have a clue how much she just motivated me ... She let it all hang out even when she was hit with adversity."

Talaya runs 100- and 200-meter races for the Apollo Track Club of Omaha, according to The Omaha World-Herald. The 7-year-old didn't know she had done anything special when the race was over — she was still upset about the shoe.

"That’s Talaya. She hates to lose," her coach told the paper. 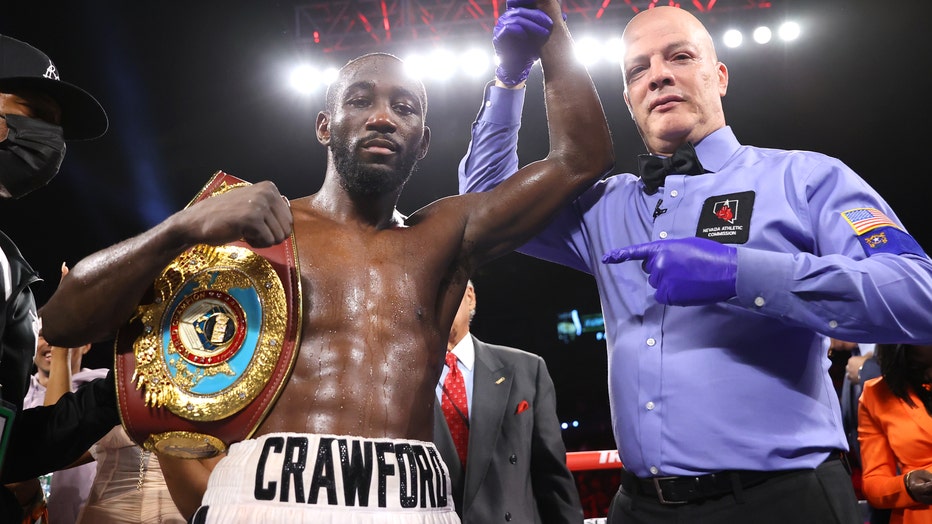 Terence Crawford, meanwhile, is undefeated at 38-0 with 29 knockouts. He last fought in November, a 10th-round TKO of former champ Shawn Porter. That was Crawford’s fifth defense of the WBO title he first won nearly four years ago.

The boxing world is hoping for a matchup between Crawford and undefeated champ Errol Spence Jr. sometime this year.

This story was reported from Seattle. The Associated Press contributed.