According the United States Consumer Product Safety Commission, the retailer is recalling heydey 3-foot lightning USB charging cables. The cord is a hazard, as it can become electrically charged while charging, posing shock and fire hazards. Target has received 14 reports of the cables smoking, sparking or igniting. Two of these reports ended with consumer finger burns. 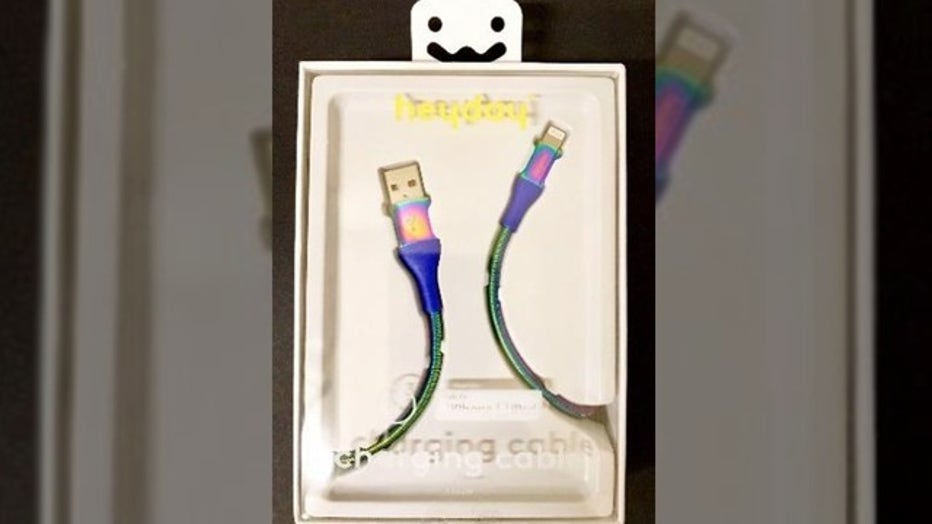 90,000 units of charging cables were reportedly affected. These were sold nationwide and online between June 2018 through January 2019.

The affected cable has the word 'heyday' printed on the cable's connector. The metal charging cable is purple, green, and blue. The model number 080 08 8261 is printed on the side.

Consumers who have this cord should immediately stop using it and return the recalled cable to any Target store for a full refund.