On Wednesday night’s episode of The Masked Singer, two contestants were sent home from the competition. (Credit: FOX)

LOS ANGELES - "The Masked Singer" continues to deliver epic performances and surprises: Two contestants were revealed and tossed off its latest episode.

The Beachball, who viewers chose to send home Wednesday evening, turned out to be reality stars Alana Thompson and June Shannon — known for the popular television series including "Here Comes Honey Boo Boo" and "Mama June: From Not to Hot." 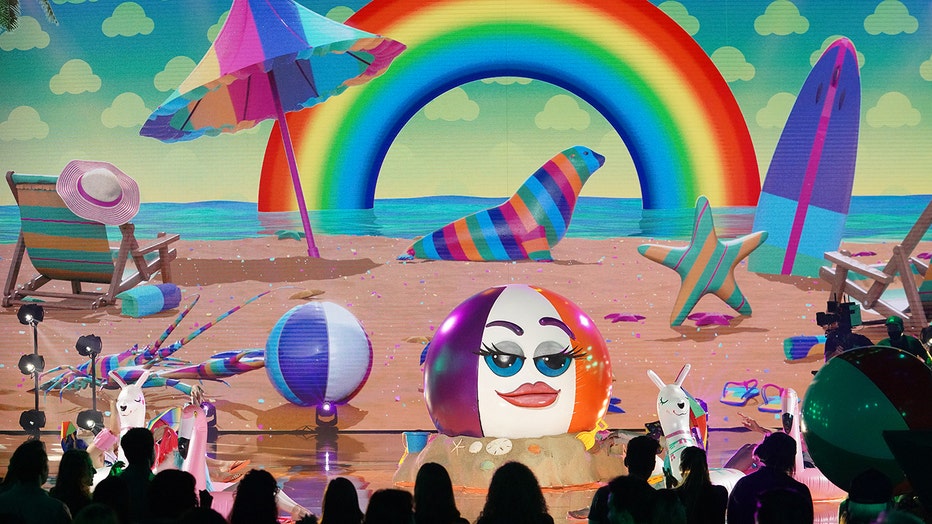 Beachball on season 6 of The Masked Singer (Credit: FOX)

"In the shower, I’m like Beyonce," Thompson, known as Honey Boo Boo, said during the duo’s exit interview. "But, I don’t know. It wasn’t Beyonce level today."

RELATED: The Hamster reveal on ‘The Masked Singer’ will blow you away

On Wednesday’s episode, the mother and daughter duo sang the hit song "Party in the USA" by Miley Cyrus, but ultimately, it wasn’t enough to keep them in the competition.

"It’s about having fun. It’s about giving it your all," Shannon, known as Mama June, shared. "It was kind of a way for us to step outside the box. We always represented the outside-the-box, crazy, dysfunctional side of America and that’s we're doing on ‘The Masked Singer.’"

The mother and daughter detailed the challenges inside the beach ball, which included the heat.

Despite their boot from the show, Thompson and Shannon thanked viewers for supporting them and cheering on the Beachball.

Next week, the "group A" semi-finals commence and two singers will be unmasked. Plus, "Alter Ego" judge Will.i.am will bring his expertise to the panelists' desk.

This station is owned by the FOX Corporation. This story was reported from Los Angeles.