'This has to stop': 4 injured after drive-by shooting in Kensington

Police say gunfire erupted from inside a car on the 1800 block of Hart Lane just before 6 a.m.

According to investigators, a 26-year-old man was shot once in the foot and an 18-year-old sustained a gunshot wound to the cheek. Both men were taken to Episcopal Hospital and listed in stable condition.

Police are reportedly still gathering information on the third and fourth victims, but say all the men are expected to survive.

No word on what sparked the shooting. No arrests have been reported. Police are reportedly looking for a dark blue or black Nissan Maxima.

This shooting comes the morning after a 9-year-old boy was shot and killed inside a home in Ogontz. Several other instances of gun violence were also reported across the city overnight.

At the scene, Police Commissioner Danielle Outlaw called the violence "ridiculous" and urged the need to get out ahead of further incidents before the weather turns warmer. 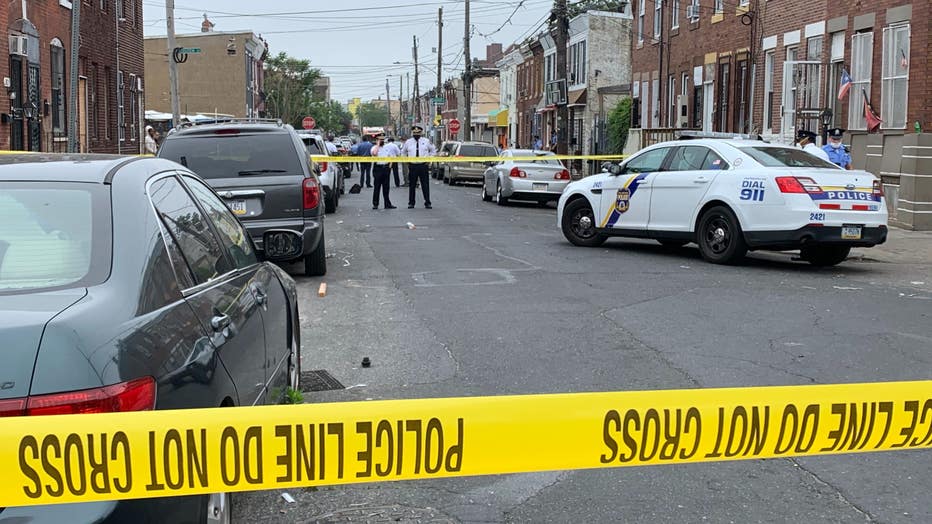 "This has to stop, and we will certainly step up and do our part," Outlaw said. The commissioner said the city will help provide social services to individuals who need it, but reforming the community needs to be a group effort.

"We all live here, we have to do more as a community to take care of each other and make sure that we're safe," Outlaw said.

With stay-at-home orders in Philadelphia still in effect due to the coronavirus pandemic, gun violence has still been a prevalent issue in Philadelphia.

A 9-year-old was fatally shot and a triple shooting happened in Kensington prompting Commissioner Outlaw's statement.