Thomas Drayton teaches Mike and Alex how to make a traditional German dish.

“Rouladen” is a German meat dish, which usually consists of bacon, onions, mustard and pickles wrapped in thinly sliced beef.

Thomas’ recipe was such a hit on Good Day that Mike Jerrick was professing his love to him after his first bite. 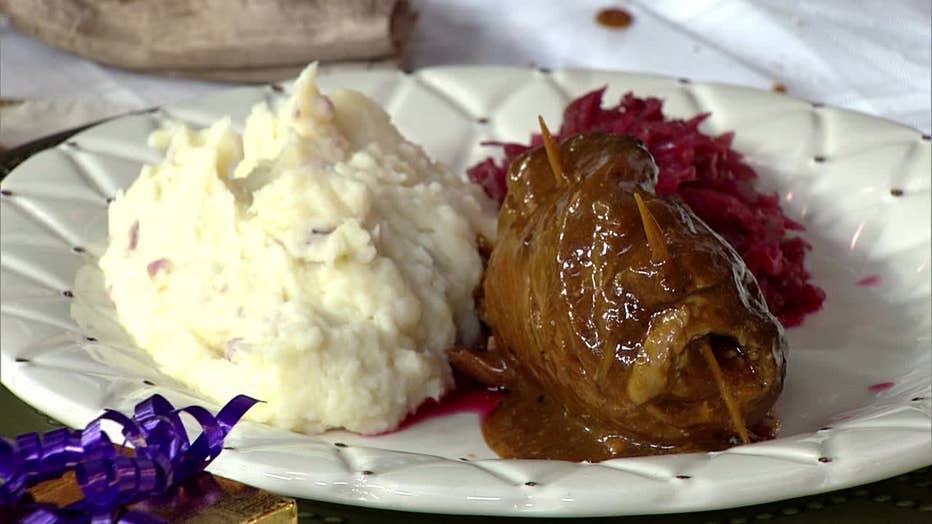 Here’s what you need to make it:

— You will need about 2 pounds of thinly sliced steak.
— Lay meat on a board, and sprinkle lightly with salt and pepper.
— Spread with a light coating of spicy mustard.
— Lay half a strip of bacon lengthwise on the meat, and then place a dill pickle wedge crosswise near one end.
— Roll the meat into rolls starting at the pickle end, and then tie with some white sewing thread or fasten with a wooden toothpick.
— In a heavy skillet, sauté onion in butter or oil, and then brown the meat rolls in the pan.
— After rolls are browned, add gravy (enough to cover the meat.
— Cover and simmer for 2-3 hours. This can also be cooked in a crock pot for 5 hours or pressure cooker at 10 lbs. pressure for about 30 minutes.
— When finished cooking, remove Rouladen to a bowl.
— Carefully remove string or toothpicks so that rolls don't fall apart.
— Pour gravy over Rouladen. Serve with red cabbage and mashed potatoes. 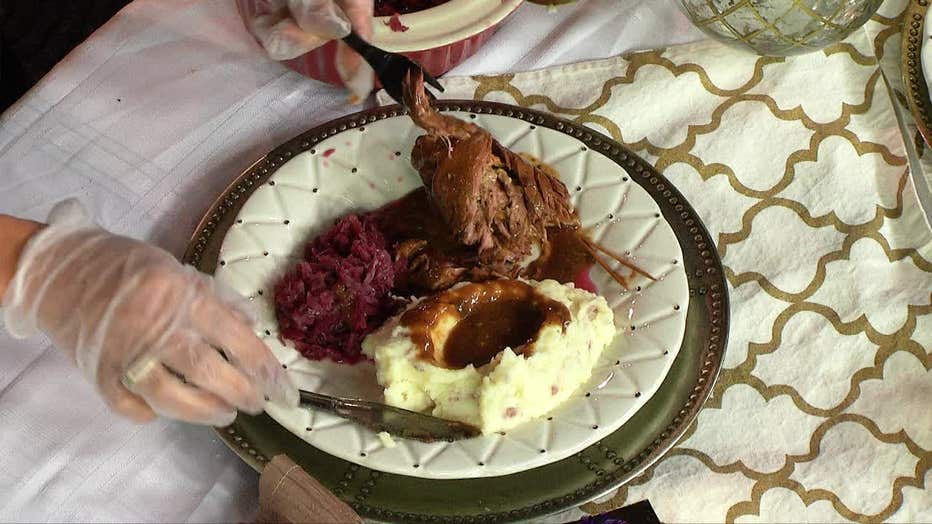 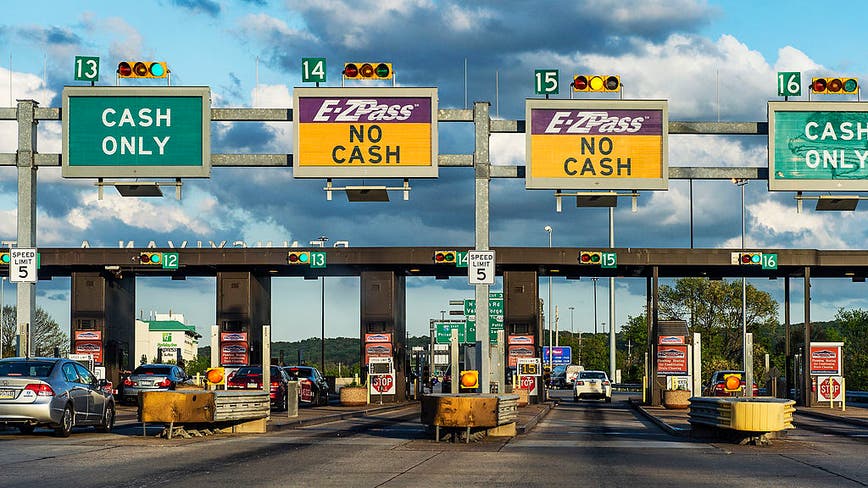