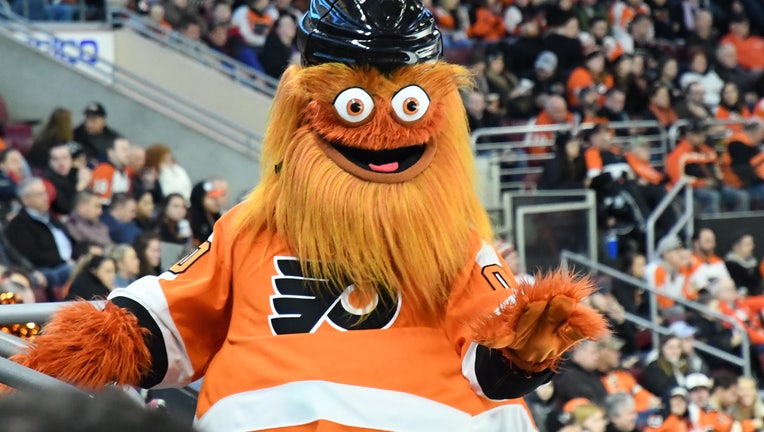 A petition posted to Change.org calls for Rizzo's likeness on the side of an Italian Market building on 9th Street and Montrose Street to be replaced with Philly's favorite orange mascot. So far it has racked up 6,983 signatures.

The lighthearted suggestion speaks to a more serious issue in the city and nationally. The police custody death of George Floyd sparked protests and renewed calls for police reform.

FOX 29's Jeff Cole is in Philadelphia with the latest on the removal of the Frank Rizzo statue.

Frank Rizzo forged a violate relationship with Philadelphia's African-American community during his time as police commissioner and two-term mayor in the 1970s.

"The presence of this mural not only reminds us of Rizzo's brutal legacy it also highlights the deep disconnect between the city we want and the unfortunate reality of the city that many of us have had," the petition reads.

Officials say the Italian Market, the property owners and Mural Arts have all agreed to replace the mural with one that "better represents the fabric" of the street after the mural was splashed with paint during the week.

"We do not believe the maintenance and repair of the Rizzo mural is consistent with our mission. We think it is time for the mural to be decommissioned and would support a unifying piece of public art in its place," Mural Arts said in a release.

On Wednesday, Philadelphia Mayor Jim Kenney ordered a 9-foot tall statue of Rizzo that stood outside the city's Municipal Services Building for nearly 20 years to be removed. Kenney said removing the statue, which had long been a target of vandalism, became necessary for the community to heal and grow.

"We're moving on from that era, and I hope that everybody will embrace the vision of last night's reconciliation," Kenney said.