LOS ANGELES - Fans of the wildly popular "Tiger King" documentary from Netflix will get a chance to purchase non-fungible tokens (NFTs) and other collectible items seen in the series starting June 18.

Joe Exotic, the former zookeeper featured in the documentary, is launching his partnership with MORE, a cryptocurrency company, from his prison cell in Fort Worth, Texas with an auction that will give the public a chance to purchase items seen in the "Tiger King," according to a MORE news release.

NFTs are fueling a frenzy among artists and investors looking to cash in on the market that has ballooned by as much as $1.5 billion so far this year.

These digital collectibles are irreplaceable assets that can be bought or traded like any other piece of property. But unlike a painting you can hang on your wall, buying an NFT is like owning an encrypted jpeg. That jpeg can be downloaded on your computer, but it really exists on the blockchain Ethereum, which drives the second-largest cryptocurrency platform behind Bitcoin. 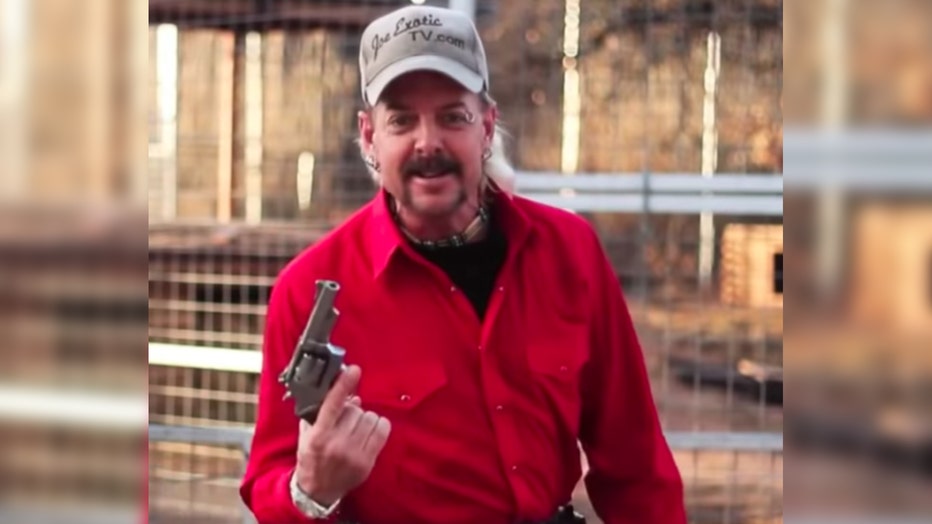 Some auction items include tokens, digital artworks, and collectible items, both 3-D and physical, such as Exotic’s pistol (a certified Smith & Wesson), a fringed leather jacket, autographed images (which he signed in prison), and Rachel Starr’s bikini. The auction begins June 18 on Mintable.

"Since working in the cryptocurrency space since 2014, I’ve spearheaded many projects to bring blockchain technology to the masses. I’m confident that MORE’s foray into the celebrity NFT space will help officially bridge this gap and give people access to authentic unique goods they would otherwise not have access to," said Peter Klamka, MORE CEO and founder. "There’s no better way to engage the mainstream in blockchain technology than to tie in familiar faces and names. Joe Exotic is America’s favorite meme and anomaly; I’m extremely excited to be working with him and his team on this project to keep his story alive while he remains in prison." 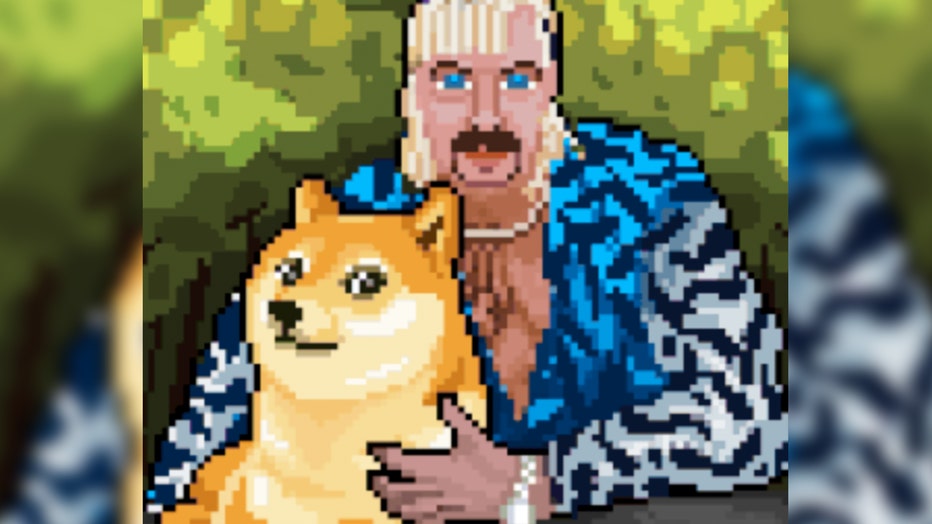 "I’m really grateful to the MORE team for giving me a platform to give back to a loyal fan base. It’s great to have a voice via blockchain technology and I’m honored to be the first to kickoff MORE’s celebrity NFTs," Exotic said. "I hope whoever purchases my favorite belongings is able to give them a well-deserved home. Being able to auction off collectibles makes me feel connected with the outside world, especially without my cats by my side. Whether you love me or hate me for what you think I’ve done, there’s no doubt that everyone wants a piece of The Tiger King!"

To participate in the Joe Exotic NFT auction, visit http://www.officialtigerkingnft.com/. 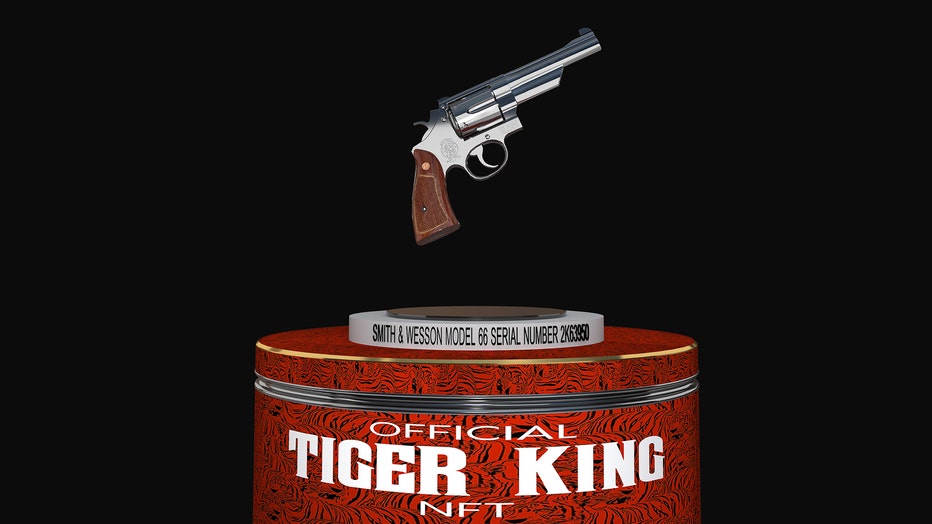 The blond mullet-wearing zookeeper, known for his expletive-laden rants on YouTube and a failed 2018 Oklahoma gubernatorial campaign, was a prominent figure in the popular Netflix documentary which was released at the height of the COVID-19 pandemic.

The documentary series follows the lives of exotic animal owners and dives deep into the seemingly meteoric rise of Exotic, only for the show to take a downward spiral as online feuds and pre-meditated murder plots came to light.

Exotic, 58, was sentenced in January 2020 to 22 years in federal prison for violating federal wildlife laws and for his role in a failed murder-for-hire plot targeting his chief rival, Carole Baskin, who runs a rescue sanctuary for big cats in Florida. Baskin was not harmed.

Exotic, whose real name is Joseph Maldonado-Passage, has maintained his innocence, was also sentenced for killing five tigers, selling tiger cubs and falsifying wildlife records. A jury convicted him in April 2019.