PHILADELPHIA - Two men accused of wearing blackface during the parade Wednesday have been banned from future Mummers activities.

The Froggy Carr has been a fixture in the parade for nearly 50 years. The group chose a Flyers mascot theme for the parade called “Frogs Getting Gritty With It." Some participants chose more black than orange for their face paint.

“We don’t condone it. We don’t need this kind of aggravation if you will. We try to police ourselves but it got by me," Captain Joe Renzi said.

Late Thursday afternoon, Froggy Carr officials told reporters the offending parties applied their blackface paint after being checked by city and club monitors. They also said one of the two was an actual club member and both have been banned.

"It's a shame. I mean these rules are in place for a reason. We don't condone it at all and when 800 people go out it's hard to police," Froggy Car President  Stephen Pakech said at a press conference.

The city banned blackface from the parade in 1963. 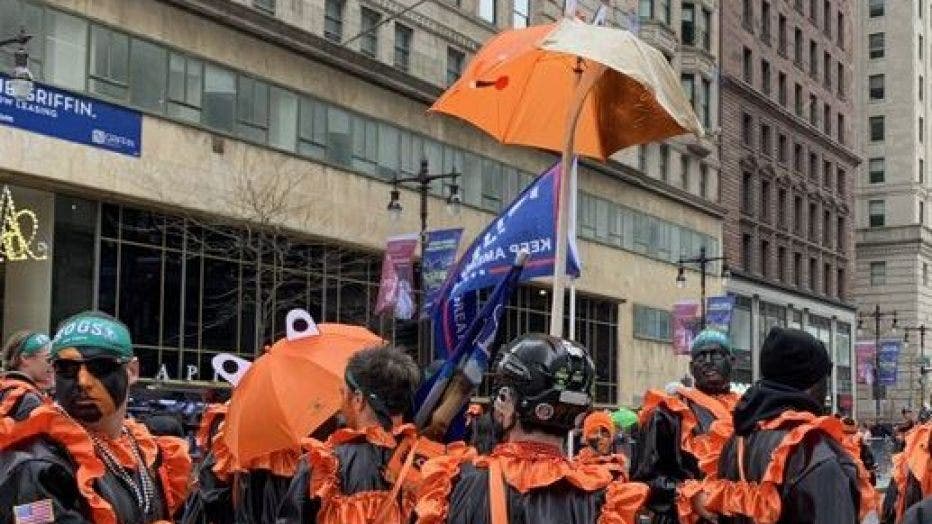 "The use of blackface by someone affiliated with Froggy Carr today was abhorrent and unacceptable," Mayor Jim Kenney tweeted Wednesday. "This selfish, hateful behavior has no place in the Mummers, or the city itself. We must be better than this."

The Froggy Carr Wench Brigade was disqualified, but now Philadelphia City Council President Darrell Clarke says city attorneys are investigating what control they have and what further penalties are allowed over what is a private event that requires a city permit.

The Philadelphia Flyers have since released a statement regarding the incident.

"The Flyers had no knowledge or involvement in this group’s usage of our team colors, logo, and mascot imagery within its presentation, nor did we have any knowledge of the planned skit. We stand united with the entire Philadelphia community in condemning the brigade's offensive racial symbolism," the statement read.