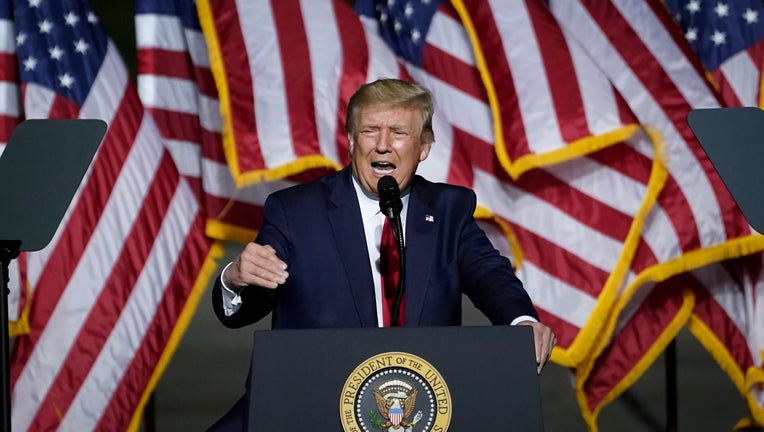 The president will travel to the state for the second time in a week on Saturday, hoping to attract the same rural and white working-class voters who delivered him a narrow victory here in 2016. The in-person touch, in what may become the most important battleground on the map, complements an aggressive get-out-the-vote operation that has been working for four years to find new voters by knocking on doors in competitive neighborhoods.

Trump narrowly flipped three Great Lakes states — Michigan, Pennsylvania and Wisconsin — from blue to red in 2016. He has virtually no path to reelection without keeping at least one of those states in his column. His campaign has long viewed Wisconsin as his best option, but aides who requested anonymity to discuss strategy said their thinking has begun to shift.

There are growing concerns inside the campaign, the aides said, about Trump’s ability to retain Wisconsin. Even winning that upper Midwest battleground wouldn’t provide the needed votes if Trump’s Democratic challenger, Joe Biden, claims Arizona.

But Pennsylvania would be enough.

“With Pennsylvania, I don’t have to make a play, we’ve got Pennsylvania,” boasted Trump at a rally Tuesday night just outside Pittsburgh.

That may be harder than Trump suggests.

Despite fervent Republican efforts, no GOP nominee since George H.W. Bush in 1988 had captured the state until Trump did four years ago, winning by just 44,000 votes out of nearly 5.9 million cast. And as someone born in Scranton, Joe Biden is also heavily focused on the state.

Recent Pennsylvania polls disagree over the state of the race: Some show Trump and Biden in a competitive race, while others have Biden slightly ahead of Trump.

And just as “Florida, Florida, Florida” became the moniker in 2000 for the electoral delays and controversies in the state that decided the election that year, Pennsylvania, which may be 2020’s tipping point state, may have its own drama looming.

With 3 million or more voters expected to cast ballots by mail, lawmakers, party officials and election officials are warning that the conditions are ripe for a presidential election result to be left hanging in limbo on a drawn-out vote. A partisan stalemate and lawsuits have held up fixes to glitches in the state’s fledgling mail-in voting law, and Democrats are warning that as many as 100,000 or more mail-in ballots — dubbed “naked ballots” — could be invalidated if they aren’t put in the proper envelope by people unaccustomed to voting by mail.

Pennsylvania also is where a federal prosecutor’s announcement that nine mailed-in military ballots had been found in the trash at a local election office was seized upon by Trump and his supporters. But there was little explanation of what had happened or whether investigators believed a criminal act had occurred in a county controlled by Republicans.

Pennsylvania is anchored by large cities — Philadelphia to the east, Pittsburgh to the west — on opposite ends, each with sprawling suburbs. But the rest of the state is largely rural, comprised of small cities and towns where Trump ran up the score four years ago.

He will likely need to again, as his prospects have slipped since 2016 in vote-rich suburban Philadelphia, where he underperformed by past Republican measures. This raises the stakes for his campaign’s more aggressive outreach to new rural and small-town voters across the industrial north.

In Chester County, for instance, Trump was the first Republican presidential nominee in more than 50 years to lose what is Pennsylvania’s fourth most-populous county and once a GOP stronghold. While 2012 GOP nominee Mitt Romney carried the county on the western edge of metro Philadelphia, Trump fell short by 10 percentage points.

If Trump is to carry Pennsylvania again, he cannot just add new voters in the state’s expansive rural areas but must stop the bleeding outside Philadelphia, former Rep. Ryan Costello, a Republican, said.

“If the hypothesis is Trump can increase his margin, he will have to first not allow regions where he didn’t perform well to perform worse,” Costello said. “That means he has to make up even more ground.”

Republicans also point to an aging population and a shrinking voter-registration edge for Democrats, down 20% from 2016’s election to 733,000, according to the latest state data, although the numbers also show that many more non-voting Democrats than Republicans fell off voter rolls in the last four years. 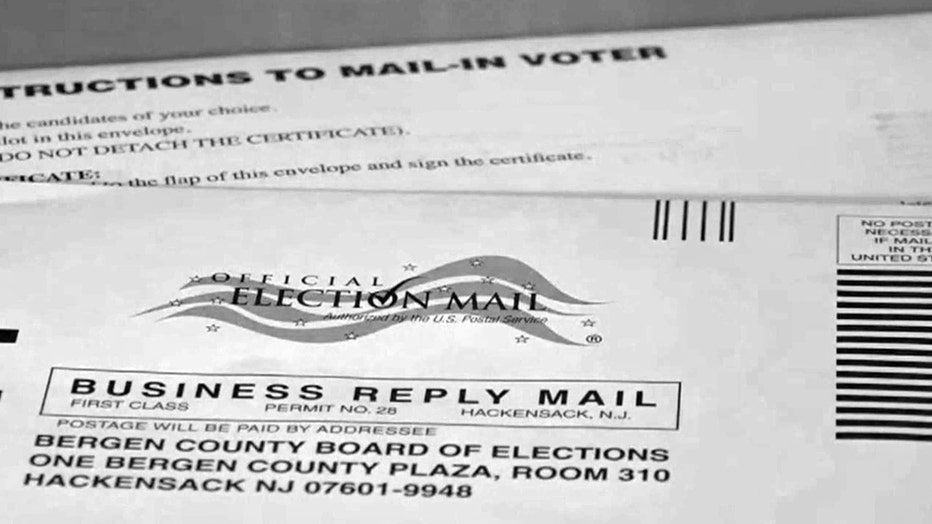 Despite the pandemic, Trump’s campaign has prioritized in-person events, including over 4,000 meet-ups that have drawn more than 38,000 people. The president and his allies are also hitting hard in TV ads accusing Biden of wanting to ban fracking, a sensitive topic in the No. 2 natural gas state behind Texas.

While Biden insists he does not want to ban fracking broadly -- he wants to ban it on federal lands and make electricity production fossil-fuel free by 2035 -- it may make it harder for him to win back rank-and-file union members who work on an expanding network of pipelines, power plants and processing facilities.

Biden may have an advantage in getting his message out in the state. He’s outspent Trump by more than 2-to-1 in Pennsylvania from last spring through this month, according to data from Kantar/CMAG, a market research and consulting firm. From April through mid-September, Biden had spent $27 million compared with the Trump campaign’s $12.5 million.

The campaigns had reserved similar amounts for the six-week stretch to Nov. 3, with Trump at $11.5 million and Biden at $10.1 million.

Pennsylvania, which is tied for the fourth most electoral college votes, is “personal” for Biden, the former vice president recently acknowledged during one of his trips to his native state.

Since the beginning of June, he’s made eight in-person trips to Pennsylvania, far outpacing other states with his pandemic-limited itinerary. Priorities USA, a pro-Democrat group, has identified Pennsylvania as the likely tipping point state in the Electoral College, and it announced Thursday a new $7.3 million TV and online ad blitz in the state that will pummel Trump’s handling of the coronavirus pandemic.

Sincere Harris, a senior strategist for Biden in Pennsylvania, said the personal ties to the state are “huge” and open a path to votes that other Democrats might not get.

“Biden is in the perfect position to come back to these voters that Trump lied to four years ago,” Harris said.