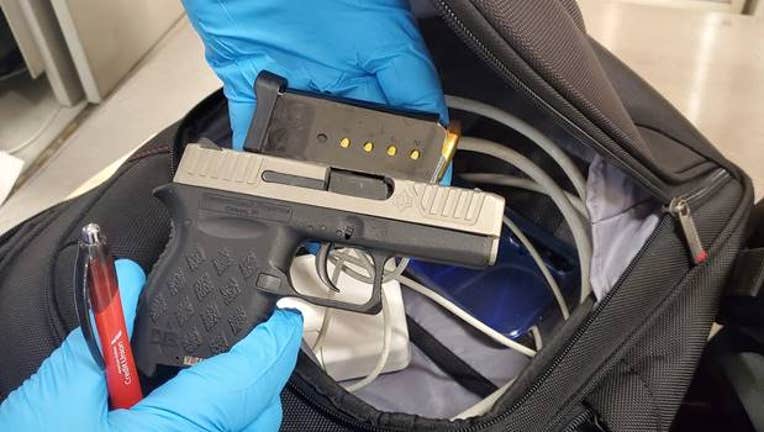 PHILADELPHIA - Authorities at Philadelphia International Airport say a Philadelphia man was detained on Tuesday after a loaded handgun was found inside his carry-on bag at a TSA checkpoint.

Police say the 9mm handgun was loaded with five bullets. TSA officers spotted the firearm while conducting an x-ray check of the bag.

The gun was allegedly found in a zippered pocket on the outside of the bag, along with a cell phone and a phone charger.

The man, whose identity has not been released, was arrested by Philadelphia police on weapons charges.

This is reportedly the seventh firearm found by TSA agents so far in 2020. Since 2017, more than 100 guns have been found illegally stored inside bags at Philadelphia International Airport.

"Nobody should have access to a firearm on an airplane. Our TSA officers are good at detecting prohibited and illegal items brought to checkpoints.”