A vandalism case is under investigation after someone ripped the U.S. flags honoring the 13 service members killed in the Kabul airport attack.

RIVERSIDE, Calif. - A vandalism case is under investigation after someone ripped the U.S. flags honoring the 13 service members killed in the Kabul airport attack.

The Riverside Police Department photos and reports of someone damaging the ripping the memorial displayed on the fence to the Ivy Street overpass to the 91 Freeway.

As of Tuesday evening, no arrests have been announced in the vandalism case and police do not have a suspect description. 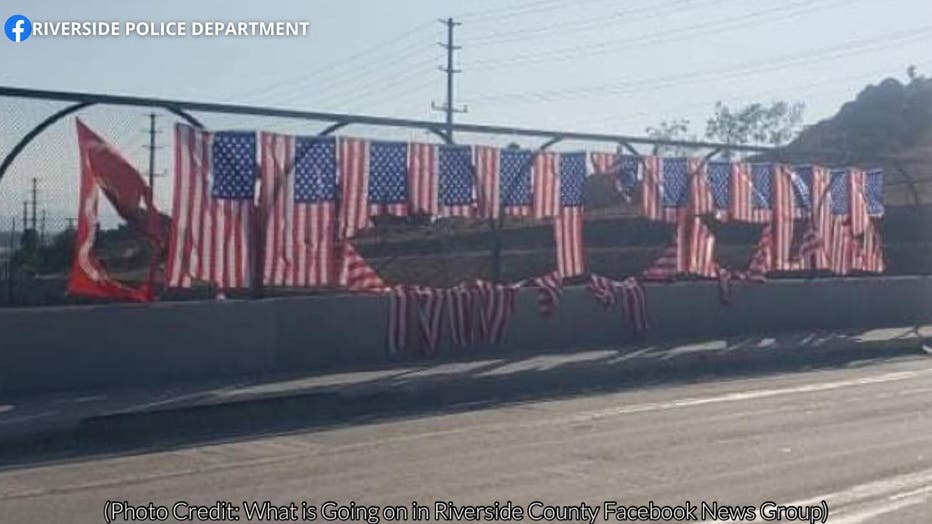 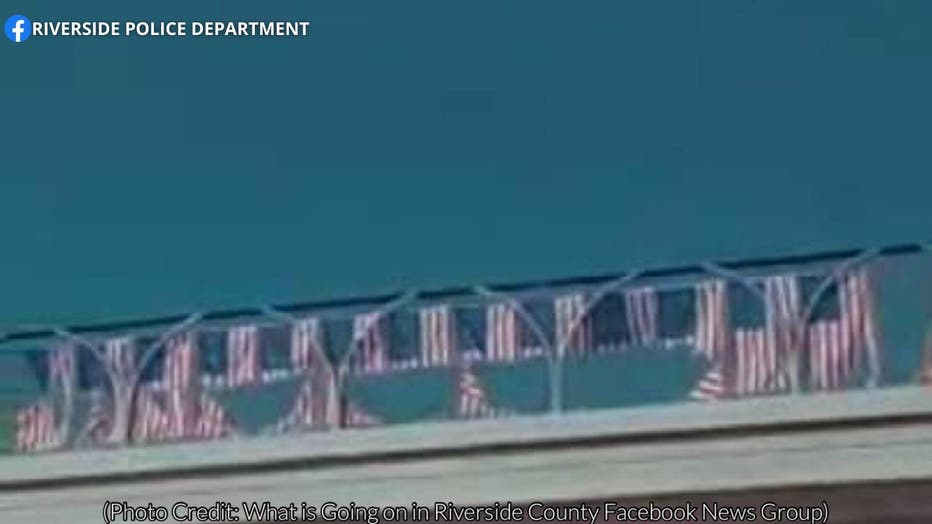 Riverside PD thanked the Facebook group, What is Going on in Riverside County, and two good Samaritans for carefully removing the flags and then turning them over to a local Boy Scout troop to have the group properly retire the flags.