FOX 29's Shawnette Wilson attended a vigil for a little girl shot and killed in Kensington.

PHILADELPHIA - Dozens gathered outside the Kensington home where 2-year-old Nikolette was shot and killed when someone outside fired inside her home. 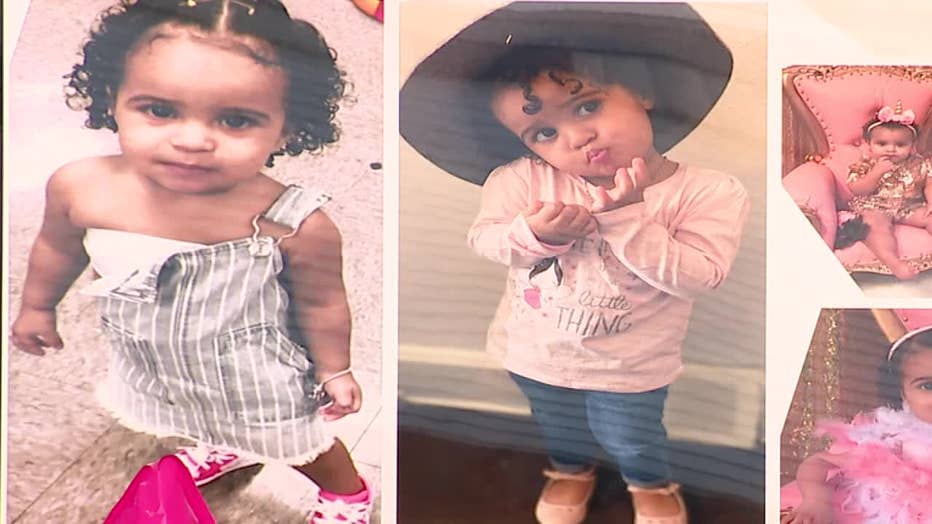 "She was awesome. She was great. She was a star. She was a superstar," said her great-aunt Amelia Pagan.

The community surrounded the family and the house on Water Street where someone outside fired several shots into the home Sunday afternoon. The bullet holes distinctly labeled.

"She lost her life. We are burying a child," said Pagan to the crowd attending the vigil. She spoke about justice and the $30,000 reward offered.

"Don't do it because of the award. Do it because you morally have good in you and you want justice for Nikolette," said Pagan.

Community activists came out to pray and offer encouragement.

The little girl's mother and a man who was in the house doing work were also shot. They both survived.

The crowd released balloons in memory of Nikolette as a family member shared their grief.

"This is my little cousin. Today was my family. Tomorrow it could be your family. We don't want this Philly," said Alex Montanez. He also says the family isn't looking for revenge. "I come from a family that believes real strongly in God and the Lord and we're not going to pick up a gun and go after you. We're just going to pray for you."

Nikolette's family also took the time to remember the 11-month-old shot Saturday riding in a car on Luzerne Avenue with his stepmother and others affected by gun violence.

"Please keep pushing the story though. Not only for Nikolette but for the child that's in the hospital now and for the mother that lost her life in West Philly trying to save her child."