Hundreds of balloons were released over the West Philadelphia rec center to remember 16-year-old Kahree Simmons who was gunned down last week on the same basketball court.

WEST PHILADELPHIA - Hundreds of balloons were released over the West Philadelphia rec center to remember 16-year-old Kahree Simmons who was gunned down last week on the same basketball court.

"He was just doing what all of us do. Come to Sherwood, play basketball, and just be kids," his brother Stephen Simmons said.

Simmons' senseless murder touched off calls for a citywide action plan after the death of yet another young man with so much promise.

"We loved Kahree more than anything. That was my mommy's baby. That was her world. He was our little brother. He did not deserve to die like that," his brother added. 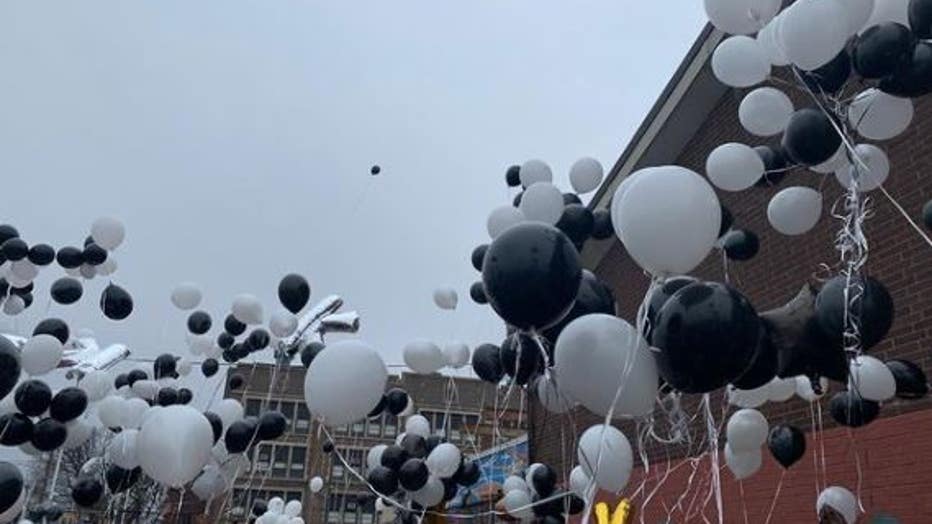 Police and the teen's family say he was an innocent victim, who was gunned down by four men for some unknown reason.

His death and the fatal shooting of another teen at a rec center is sparking change.

"We have to stop the violence. I want us all to just love each other," Stephen said.

While beefing up security is part of changes being made after over 100 murders so far this year, investigators are focusing on ways to prevent more violence, including monitoring Instagram.

"Now, these groups just have the ability to use Instagram and go back and forth in real-time. It's something we're very concerned about," Philadelphia Police Captain Matthew Gillespie said.