A Pennsylvania pet store is asking for the public's help to identify a person who they say stole two ferrets from an open enclosure. Animal rescue officials say baby ferrets need a lot of attention and the proper food in order for them to thrive.

QUAKERTOWN, Pa. - A Pennsylvania pet store is asking for the safe return of two ferrets it says were stolen by a woman from a glass enclosure.

The apparent theft happened Thursday afternoon at Pets Plus in Quakertown.

Surveillance footage shared by the store shows the woman making sure the coast is clear before reaching into the enclosure and grabbing the ferrets. 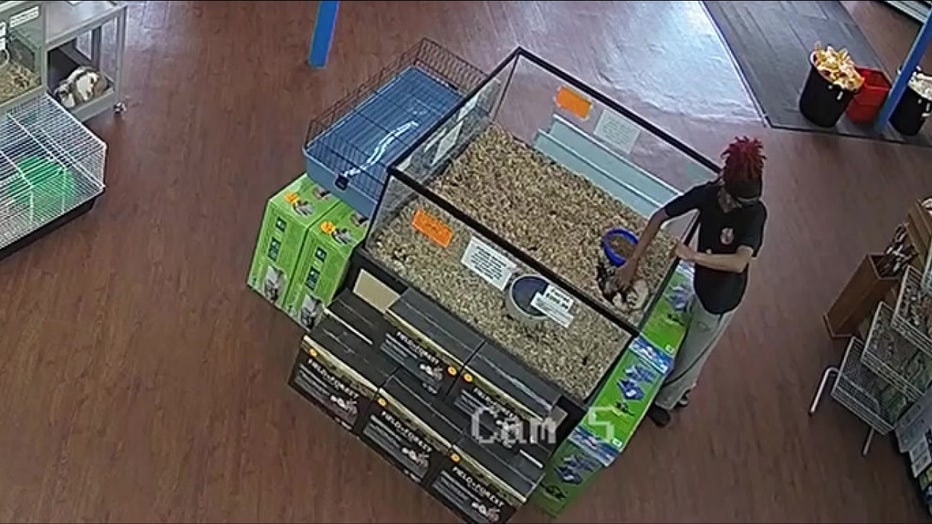 After she picks up the animals, the woman is seen making a beeline for the store's front entrance.

According to wildlife experts, young ferrets need a lot of attention and the proper food in order to thrive.

The store is urging anyone with information on the alleged theft to come forward.