How President Trump plans to combat the pandemic

President Donald Trump announced Friday that he is declaring the novel coronavirus pandemic a national emergency.

WASHINGTON (AP) - President Donald Trump announced Friday that he is declaring the novel coronavirus pandemic a national emergency, as Washington struggles with providing Americans with relief and officials race to slow the spread of the outbreak.

Tens of millions of students on three continents faced weeks without classes, security forces went on standby to guard against large gatherings, and bars, restaurants and offices closed as dozens of countries struggled to slow the spread of the pandemic.

What happens after a national emergency is declared?

Trump declaring a national emergency means he will assume powers granted to him by The Robert T. Stafford Disaster Relief and Emergency Assistance Act of 1988, which enables the Federal Emergency Management Agency (FEMA) to utilize funds for disaster relief as well as other emergency assistance funds to states hit by disasters and health crises.

The Stafford Act will help allocate billions of dollars in aid for basic needs such as food, water and medical supplies, and in the case of the COVID-19 pandemic, virus test kits. 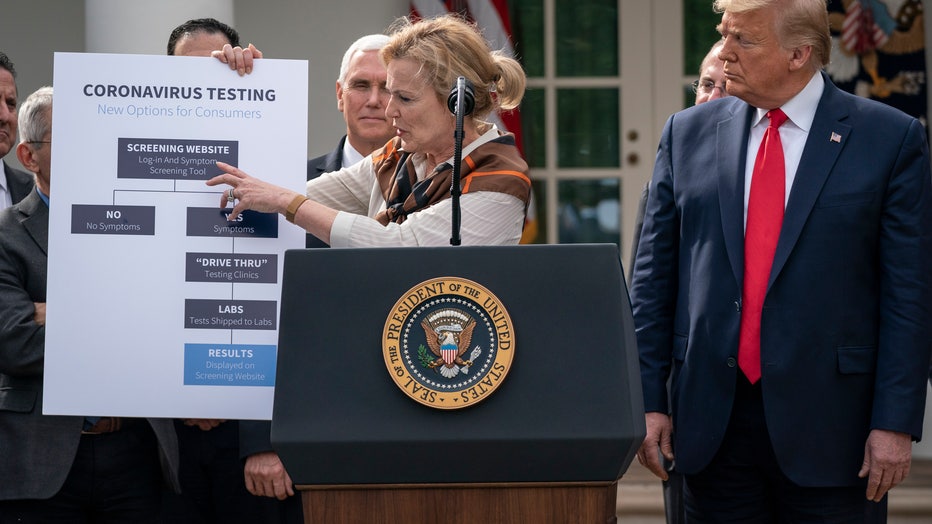 RELATED: What to do if you’re told to self-quarantine

Speaking from the Rose Garden on March 13, Trump said, “I am officially declaring a national emergency," unlocking as much as $50 billion for state and local governments to respond to the outbreak.

How President Trump plans to combat the pandemic

Trump announced a range of executive actions, including a new public-private partnership to expand coronavirus testing capabilities with drive-through locations, as his administration has come under fire for being too slow in making the test available. In response to that criticism, Trump said, “I don't take responsibility at all" for the slow roll out of testing.

Trump also took a number of other actions to bolster energy markets, ease the financial burden for Americans with student loans and give medical professionals additional “flexibility” in treating patients during the public health crisis.

He waived interest on federally held student loans and moved to prop up energy markets by directing the Department of Energy to buy oil to fill the strategic petroleum reserve “right up to the top.” He said he was giving Secretary of Health and Human Services Alex Azar emergency authorities to waive federal regulations and laws as needed, for instance, to allow doctors to practice telemedicine across state lines.

What was the last national emergency declared during a pandemic?

It was in October, after 1,000 U.S. deaths, that Obama made another declaration related to the flu strain; this time a national emergency.

That national emergency allowed the U.S. to activate operational plans, such as moving emergency rooms offsite to keep those infected with the virus away from other emergency room patients.