WASHINGTON - The White House has withdrawn the nomination of David Chipman to lead the Bureau of Alcohol, Tobacco, Firearms and Explosives after David Chipman ran into bipartisan opposition in the Senate, a person familiar with the decision said Thursday.

Chipman, a gun-control advocate, is a former federal agent and adviser at the gun control group Giffords. He won praise from advocates for his work pushing for greater regulation and enforcement on ghost guns, overhauling the background check system and moves to reduce the trafficking of illegal firearms.

But that same advocacy drew opposition from moderate Republicans such as Sens. Susan Collins of Maine and Lisa Murkowski of Alaska, as well as independent Sen. Angus King of Maine, dooming his prospects for confirmation in the 50-50 divided Senate.

President Joe Biden said Chipman would have made an "exemplary Director of the ATF and would have redoubled its efforts to crack down on illegal firearms traffickers and help keep our communities safe from gun violence." 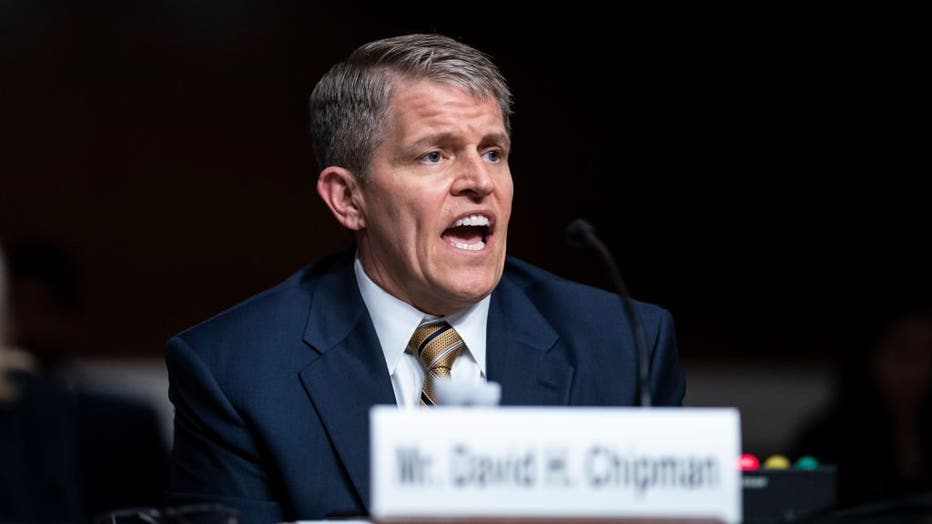 David Chipman, nominee for Director of the Bureau of Alcohol, Tobacco, Firearms, and Explosives (ATF), speaks during a Senate Judiciary Committee on Capitol Hill on Wednesday, May 26, 2021, in Washington, D.C. (Photo by Jabin Botsford/The Washington

"Unfortunately, Republicans in Congress have made clear that they intend to use gun crime as a political talking point instead of taking serious steps to address it," Biden said. "That’s why they’ve moved in lockstep to block David Chipman’s confirmation, and it’s why they side with gun manufacturers over the overwhelming majority of the American people in opposing commonsense measures like universal background checks."

Chipman’s nomination had stalled for months and he was widely seen as one of the administration’s most contentious nominees. The White House and top Democrats had been pushing to try to save his nomination for weeks but could not secure the necessary votes, with some Democrats saying privately they would not vote for him.

In June, Sen. Steve Daines, R-Mont., took to the Senate floor to urge his colleagues not to support Chipman. Daines applauded Biden Thursday for removing Chipman from consideration.

"I’ve been opposed to David Chipman leading the ATF from the start. He's an anti-Second Amendment, gun-grabbing radical that should not lead the agency that regulates firearms," Daines said. "I’m glad to see President Biden listen to my request and pull this nomination. I’ll always fight to protect Montanans’ Second Amendment rights."