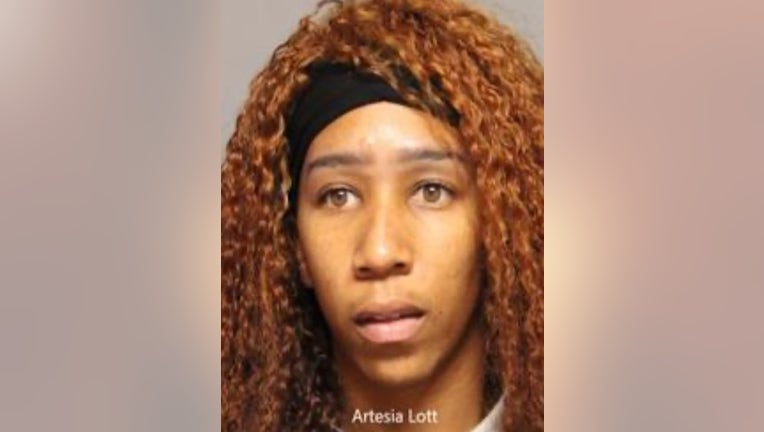 WILMINGTON, Del. (AP) - A woman has been arrested and charged in connection to the shooting of a man in Wilmington.

Wilmington Police responded to the 1300 block of West 5th Street at approximately 1:25 a.m. on November 11 for reports of a shooting.

When they arrived, police found a 34-year-old male gunshot victim. He was taken to a local hospital and listed in stable condition.

Police identified as Artesia Lott, 35, as a suspect in the shooting. After an arrest warrant was issued, she was taken into custody without incident on Nov. 12.

She was charged with assault in the 1st degree and possession of a deadly weapon during the commission of a felony.

Lott was arraigned and released on $40,000 secured bail.