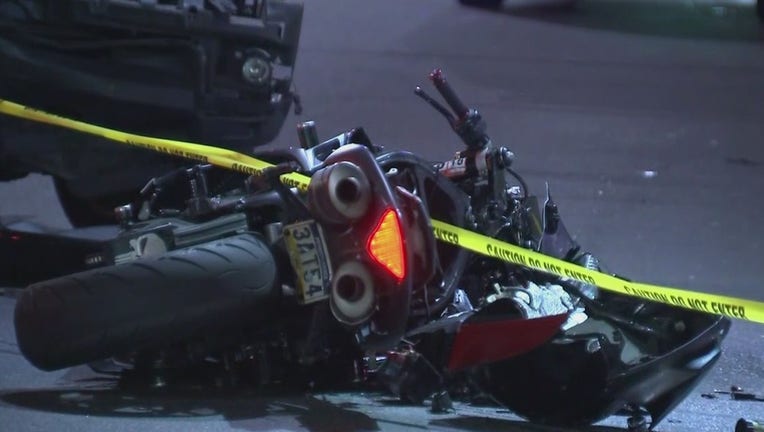 WEST OAK LANE - Authorities say a woman is dead after she was struck by a car while driving a motorcycle Saturday night in West Oak Lane.

According to police, the fatal accident happened on Stenton Avenue just before 7 p.m.

Investigators say a 38-year-old woman was driving a motorcycle northbound on Stenton Avenue when a Land Rover traveling southbound attempted to turn left into a parking lot and struck the bike.

Police say the woman, whose identity has not been released, was pronounced dead at the scene.