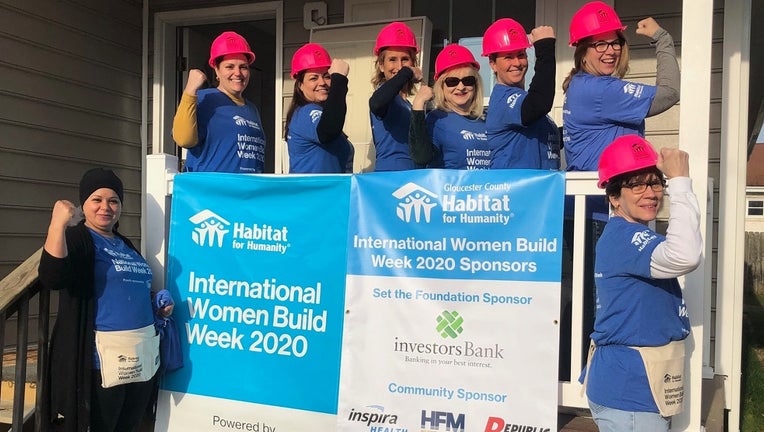 WOODBURY, N.J. - Women around the globe are coming together for International Women Build Week to help make life a little easier for families in need.

Approximately 6,000 female volunteers with Habitat for Humanity will unite in more than 235 communities across the U.S, India and Canada.

Among the participating communities is one in Gloucester County.

Women of all skill levels gathered Tuesday in Woodbury, New Jersey, to help build a home for the Souini family — a mother, father and their two children.

The Habitat for Humanity initiative aims to empower families in need of decent, affordable housing.

"Though our neighborhoods are comprised largely of women and children, they are also the populations most likely to be affected by poor living conditions," the nonprofit said in a statement.

“More than 18 million U.S. households spend half or more of their income on a place to live, and almost 31 percent of women-headed households with children are below the poverty level,” said Sue Henderson, vice president of U.S. operations for Habitat for Humanity International. “History has proven that women and their families have the power to make remarkable changes and spark meaningful conversations."

FOX 29's Lauren Dugan stopped by Woodbury during Good Day Philadelpia to see what the mission was all about.

The Habitat for Humanity event runs through March 8. Those interested in becoming a volunteer can learn more here.