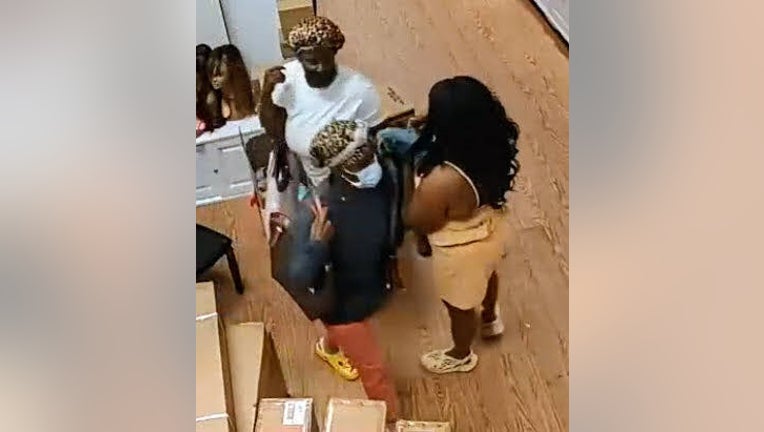 The three woman sought by police were captured on store surveillance video stuffing nearly $2k in wigs underneath their shirts.

GLOUCESTER TWP, N.J. - Police in Camden County are searching for three women who they say stole nearly $2k in wigs from a local beauty shop.

The Gloucester Township Police Department shared a surveillance video of the three women inside Coco Beauty Supply on Berlin-Cross Keys Road on July 20.

According to police, the suspects went to the back of the store and tried on wigs for several minutes.

The women then stuffed nearly $2k worth of wigs underneath their shirts and left without paying, police said.

Investigators are asking anyone with information on the suspects to contact the Gloucester Township Police Department.