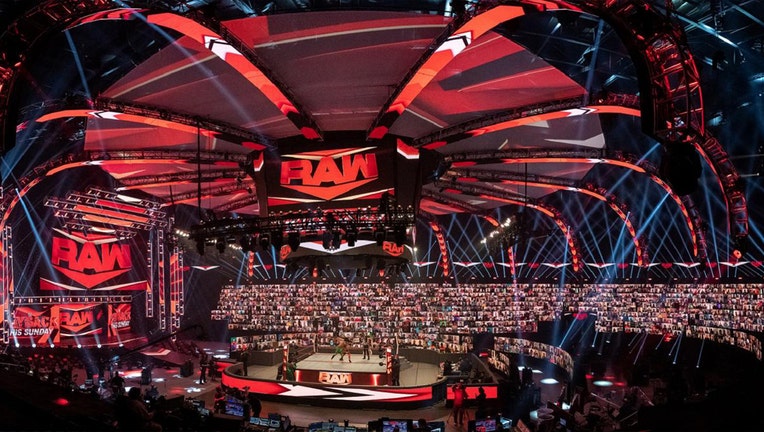 ST. PETERSBURG, Fla. - Soon, Tropicana Field will be transformed into the headquarters of the WWE Thunderdome, a method for fans to attend shows virtually.

Back in August, the WWE ThunderDome took up residence at the Amway Center in Orlando, home to the Orlando Magic as the NBA team quarantined at Walt Disney World. It was a new effort this year to bring fans into the arena virtually.

The Trop will make its debut as the new ThunderDome home on Friday, Dec. 11 during SmackDown at 8 p.m. on FOX.

“The Tampa Bay Rays are excited to welcome WWE to Tropicana Field for this residency and shine a spotlight on the Tampa Bay area for WWE fans around the world,” said Matt Silverman, Tampa Bay Rays President. “The ballpark will be transformed to host the spectacle of WWE ThunderDome, allowing fans to enjoy this wildly popular experience virtually.”

The move seems fitting, considering that the Trop used to be known as "ThunderDome" back when the Tampa Bay Lightning played there in the 1990s.

WWE to debut ‘The ThunderDome’ on FOX

In an effort to enhance WWE fans' experience, the network will reveal 'The ThunderDome,' which will feature an updated set with video boards, pyrotechnics, laser, graphics and drone cameras. WWE Champion Drew McIntyre explains.