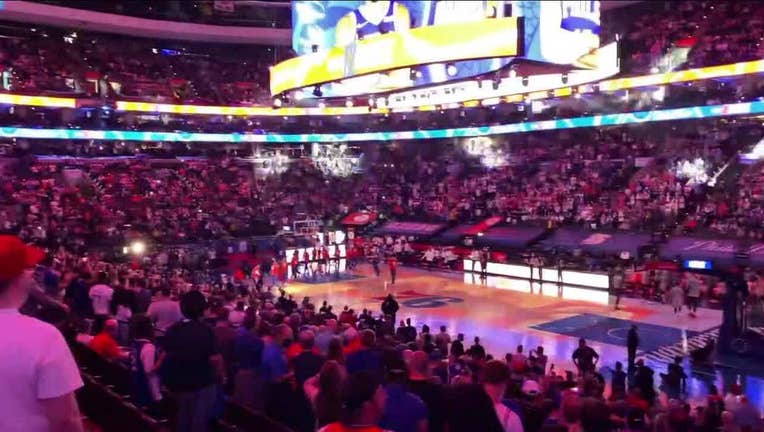 PHILADELPHIA - The Philadelphia 76ers will open their Eastern Conference Semifinals matchup with the Atlanta Hawks in front of a packed Wells Fargo Center Crowd on Sunday afternoon.

Thursday morning the NBA announced the top-seeded Sixers will take on the fifth-seeded Hawks at 1 p.m.

Both teams eliminated their first-round opponents in five games on Wednesday night with the Sixers putting away the Washington Wizards, and the Hawks knocking of the New York Knicks at Madison Square Garden.

The Sixers were able to finish off the Wizards without All-Star Center Joel Embiid, who was diagnosed with a small lateral meniscus tear in his right knee after he left Game 4 against the Wizards following a hard fall.

Embiid is considered day-to-day but gave a sneak peak Wednesday night that the injury suffered in a Game 4 loss might not keep him out very long.

The NBA MVP candidate had the crowd going wild when he hit the court for pregame warmups. He shot jumpers around the perimeter, fadeaways, even some free throws — all without any sort of noticeable knee brace under his white leggings —- and put on a show that proved his absence might not last beyond Game 5.

Head Coach Doc Rivers, in his first season in Philadelphia, said he expected Embiid to return in the postseason.

"I don’t know when or how early," he said. "I’m hopeful. I think that’s a better way of putting it."

The Sixers will again have thousands of fans behind them Sunday after hosting their first full capacity crowd on Wednesday, with 15,523 fans in the house.