PHILADELPHIA - Eagles offensive lineman Jason Kelce knows the trials and tribulations that come with playing in Philadelphia – one of the best sports cities with a diehard fan base.

Kelce has played with the Eagles since 2011. He’s won a Super Bowl with the team, is a four-time Pro Bowler and three-time All-Pro selection. He’s been on the team when they were really good and he’s been through seasons where they’ve been a middle-of-the-road to mediocre squad.

When he was asked to give his thoughts on the Ben Simmons situation with the Philadelphia 76ers, Kelce didn’t hold back.

"You write your own narrative. What’s going on, I don’t want to crush any other players, but what’s going on with the 76ers, Ben Simmons, stuff like that. All that is because of a lack of accountability, a lack of owning up to mistakes and a lack of correcting things," he said.

"If all that got corrected, you fix the free throws, if you’re getting better as a player, none of this is happening. Everybody can b---- and complain about how tough this city is to play in. Just play better, man. This city will love you."

He added: "I really don’t think this is a hard place to play, to be honest with you."

Simmons has been put under the microscope since the team’s early exit from the NBA playoffs earlier this year. He reportedly asked for a trade and rebuffed a meeting with his fellow teammates in the offseason. 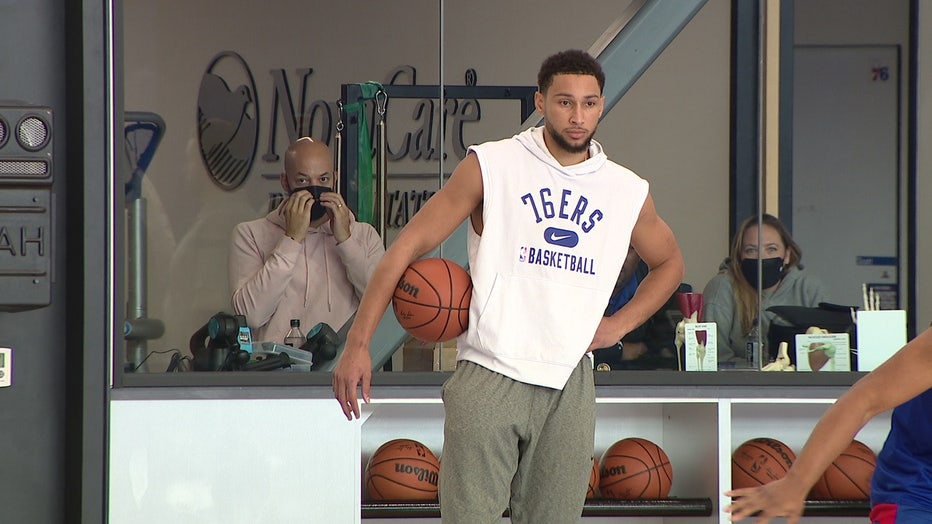 Joel Embiid gave Simmons the harshest criticism to date earlier this week after the point guard was booted from practice and given a one-game suspension.

"At this point, I don’t care about that man. He does whatever he wants," Embiid said Tuesday.