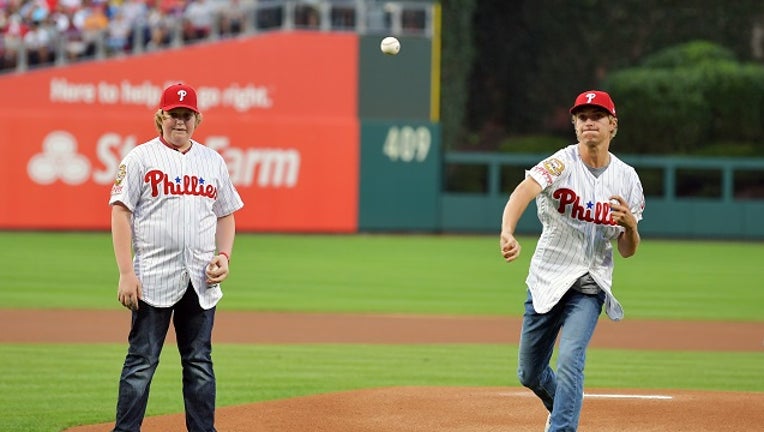 Former Philadelphia Phillies pitcher Roy Halladay's son, Braden, throws out the ceremonial first pitch as his brother Ryan looks on before the game against the Miami Marlins at Citizens Bank Park on August 4, 2018 in Philadelphia, Pennsylvania. (Phot

NEW YORK - Toronto has selected Florida high school pitcher Braden Halladay, a son of the late Roy Halladay, in the 32nd round of the Major League Baseball draft - the round matching his father's Blue Jays uniform number.

The younger Halladay is a right-hander like his famous father, who will be posthumously inducted into the Hall of Fame next month. Roy Halladay won 203 games and two Cy Young Awards over 16 big league seasons with the Blue Jays from 1998-2009 and Philadelphia Phillies from 2010-13. He died in November 2017 at age 40 when the private plane he was piloting crashed into the Gulf of Mexico off the coast of Florida.

Braden Halladay tweeted a thank you to the Blue Jays and added in his post that there was a mutual understanding between him and the team that he will be honoring his commitment to attend Penn State.

The three-day draft concludes Wednesday, with rounds 11 through 40.