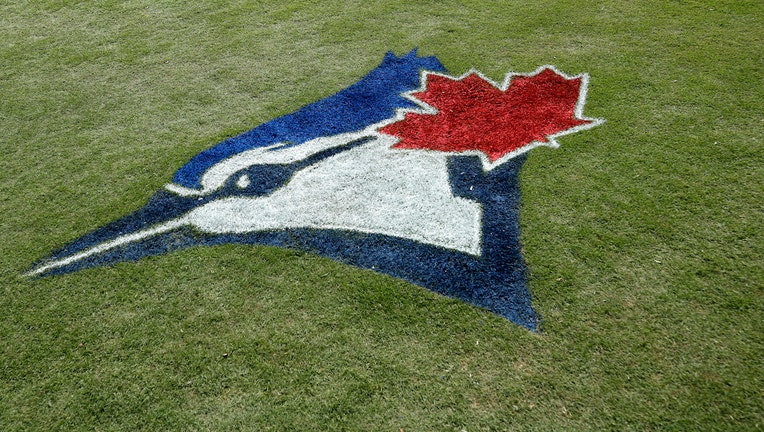 DUNEDIN, FL - FEBRUARY 24: General view of the Toronto Blue Jays logo painted in the grass prior to a Grapefruit League spring training game against the Atlanta Braves at TD Ballpark on February 24, 2020 in Dunedin, Florida. (Photo by Joe Robbins/Get

TORONTO - The displaced Toronto Blue Jays will play in a minor league ballpark in Buffalo, New York, this year after being turned down by the Canadian government and blocked from playing in Pittsburgh by the state of Pennsylvania.

The Blue Jays’ home for the season will be Sahlen Field, where the Triple-A affiliate Buffalo Bisons usually play.

The team had been looking for a major league ballpark for its home games after the Canadian government wouldn’t allow it to play in Toronto but the search was unsuccessful. Pennsylvania health officials rejected a deal to play in Pittsburgh because of rising COVID-19 cases there.

The team also held talks with the Baltimore Orioles about Camden Yards, but the Blue Jays didn’t want to wait on Maryland officials with their season starting Friday.

“Baltimore never got to a situation to where we were denied,” Blue Jays President Mark Shapiro said. ”At some point continuing to explore and look at an option like Baltimore was not going to be a risk we could take. That risk of being turned down certainly existed. And so we obviously had to make a decision knowing we had a very good alternative, albeit not a major league one.”

The Blue Jays opened the season on the road at with a 6-4 victory over Tampa Bay on Friday. Their first scheduled home series, against the Washington Nationals on July 29 and 30, will now also be on the road to accommodate infrastructure modifications at Sahlen Field to help it meet Major League Baseball standards and COVID-19 safety requirements.

The Blue Jays’ first game in Buffalo will be either on July 31 against the Philadelphia Phillies or on Aug. 11 against the Miami Marlins.

“This whole year has been crazy but it has been especially with our team not being able to find a home and being turned away from Toronto and Pittsburgh,” second baseman Cavan Biggio said after Toronto’s season opening win.

“Landing in a Triple-A field, I think the team is playing with a little bit of a chip on our shoulder. We’re just kind of tired of it and ready to play.”

The team had also considered playing home games at its training facility in Dunedin, Florida, but that is among the states that are virus hot spots.

Health officials in Canada and Pennsylvania were worried about the frequent travel by players throughout the U.S., one of the countries hit hardest by the pandemic.

General manager Ross Atkins had said his team had more than five contingency plans for a home stadium.

“It was good to hear that we would finally have a home. One of the other options was to play all the games on the road and I thought it would take too much toll on the players and lead to fatigue,” Blue Jays pitcher Hyun-Jin Ryu said through a translator.

Slugger Vladimir Guerrero Jr. expects the Buffalo park to favor pitchers because it is a larger field than the Rogers Centre in Toronto.

“It’s going to be different because of the way it is in Toronto compared to Buffalo,” Guerrero said through an interpreter. “There are no fans anyway. We’re just going to go play baseball.” 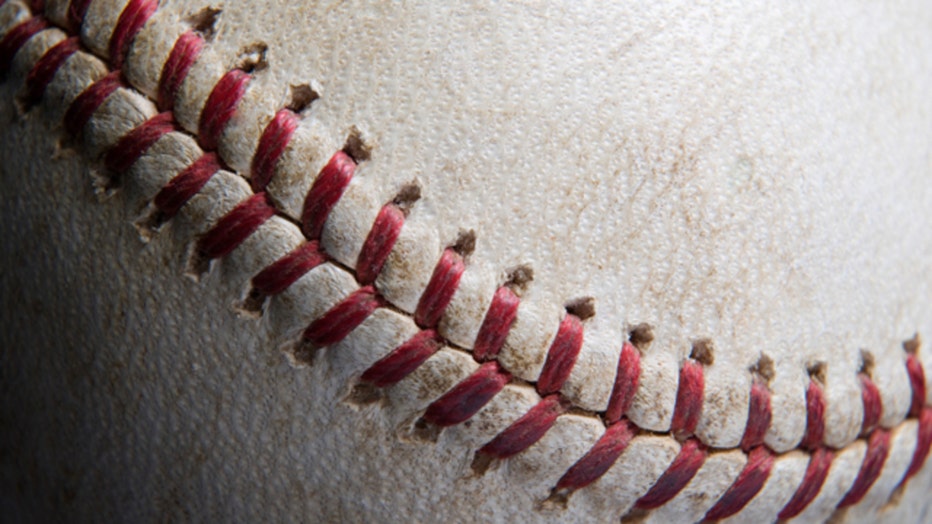 Blue Jays players had made it clear to the front office they wanted to play in a major league park. Outfielder Randal Grichuk had described Buffalo as a “worst case.”

“This process has no doubt tested our team’s resilience, but our players and staff refuse to make excuses,” Shapiro said.

Shapiro said substantial new construction will be required to upgrade Sahlen Field. The locker room needs to be expanded so players can practice social distancing. The lights need to be upgraded as well. The team will bear the majority, if not all, of the costs, he said.

The team also reached out to the NHL’s Buffalo Sabres about using some of their facilities.

“I’ve always been a Bisons and Bills fan so I guess now I’ll be a Blue Jays fan, at least this year,” Schumer said in an interview with The Associated Press. “It seemed so logical for the Blue Jays to go to Buffalo for geographic and market reasons. If they want to expand their market it’s very good to be in western New York. It’s a good facility.”

New York Gov. Andrew Cuomo had told reporters before the announcement that he spoke to Manfred on Friday morning.

“If we can get Toronto playing here, I say great. We have the protocols in place, it will be done safely,” Cuomo said. “I’d rather it happen here. It’s good for Buffalo.”

At a news conference, Erie County Executive Mark Poloncarz put on a Blue Jays cap and jersey in anticipation of what he said will be the first major league game to be played in Buffalo since 1885.

The Blue Jays and visiting teams and personnel will fill two hotels, Poloncarz said, and restaurants will cater their food. He told residents not to expect to bump into players around town. “They will basically be sequestered and quarantining in hotels,” Poloncarz said.

At a separate news conference at the ballpark, Mike Buczkowski, president of Rich Baseball Operations, which manages the Bisons, said the team won’t know when the first game will be played until it evaluates what modifications will be needed.

“We’re further challenged in doing that by COVID and by the protocols and the safety measures that have to be in place for the players,” Buczkowski said.

“Some of it will take days. Some of it is going to take probably longer than that. So that’s why we really can’t say exactly which day would be the first game that we would host here.”