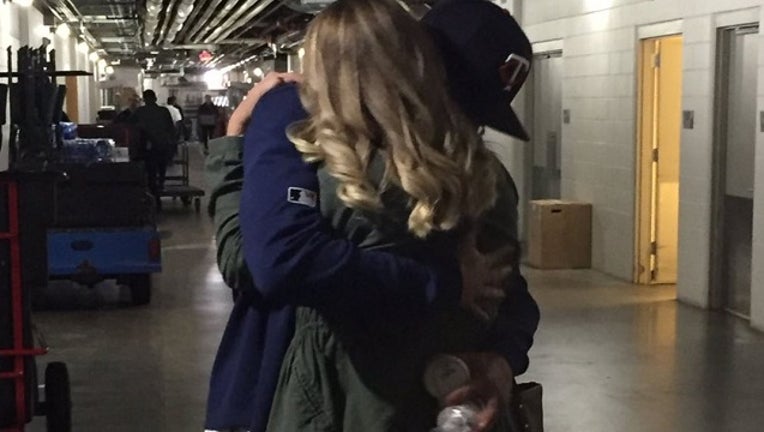 MINNEAPOLIS - Voorhees native Devin Smeltzer made his Major League debut on the mound for the Minnesota Twins Tuesday night, and if he was nervous, he certainly didn’t show it. Smeltzer looked like a seasoned veteran in his first start, pitching six shutout innings, with just three hits, no walks and seven strikeouts.

The only thing more impressive than Smeltzer’s debut may be the story behind his journey to the majors. As a 9-year-old, Smeltzer had a cancerous tumor on his bladder. He fought it, battled back and is now living his dream as a pro baseball player.

FOX 9’s Pierre Noujaim caught up with Smeltzer’s family, who made the 18-hour drive from New Jersey to be at Target Field for his debut.

“I cried,” Chris Smeltzer, Devin’s mom, said. “I can’t believe this is actually happening. It’s been his dream his whole life since he was little and its’s just...here he is. It’s awesome.”

“Just seeing him on the mound,” Devin’s wife Bri said, choking up with emotion. “It was just unbelievable.”

The Twins beat the Brewers 5-3. Byron Buxton left the game in the second inning after suffering a bruised knee in a collision with the outfield wall. He is listed as day-to-day.

NOTE: Smeltzer was part of the trade that sent Brian Dozier to the Los Angeles Dodgers last season.