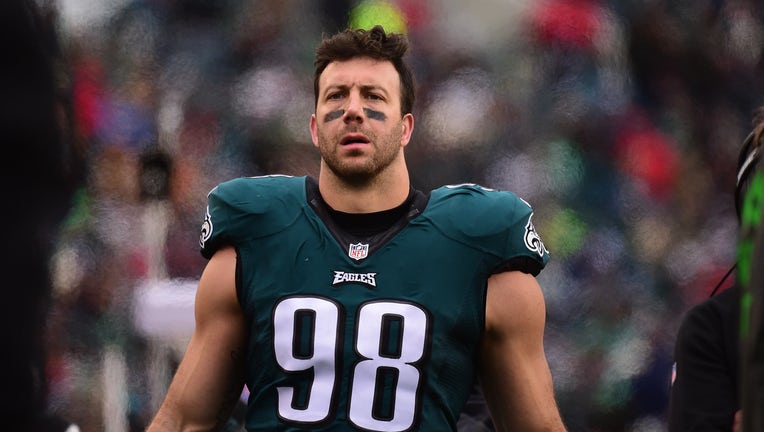 PHILADELPHIA - You might not see former Philadelphia Eagles linebacker Connor Barwin on the field anytime soon, after the 33-year-old announced his retirement from the NFL last month, but you might see him around the Philadelphia area.

In a letter published to the Philadelphia Eagles website, Barwin spoke of his time as an Eagle and his plans to raise his family in the near Philadelphia.

"My wife, Laura, and our 1-year-old son, West, have chosen to become a part of that family and make Philadelphia our home. I think it's the greatest sports town in the country," Barwin wrote.

Drafted by the Houston Texans in the second round of the 2012 NFL draft, Barwin spent parts of 10 seasons with the Texans, Eagles, Rams and Giants.

"What sets Eagles fans apart is I think they care the most," Barwin said. "It's known how passionate they are, but I think the big difference is when you play in Philly and you play hard and leave it all on the line, you become part of the family."

Barwin will be the Eagles Honorary Captain for Sunday's game at the Linc against the Chicago Bears.

You can read Barwin's letter here.