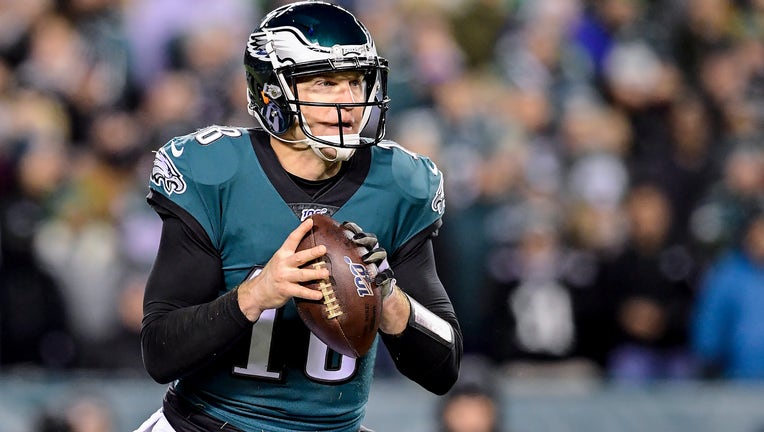 Josh McCown #18 of the Philadelphia Eagles looks to pass against the Seattle Seahawks in the NFC Wild Card Playoff game at Lincoln Financial Field on January 05, 2020 in Philadelphia, Pennsylvania. (Photo by Steven Ryan/Getty Images)

PHILADELPHIA - The Philadelphia Eagles are seemingly quarantining a quarterback with the news they'd added veteran backup Josh McCown to the practice squad.

The NFL is allowing teams to add veterans to their practice squad this year, and the Eagles are using that rule change as an opportunity to bring McCown back to the team, but not back in the building.

Instead, ESPN's Adam Schefter reports McCown will make $12,000 a week and remain in Texas, where he lives with his family.

Schefter reports McCown will serve as insurance if one or more quarterbacks on the current roster were to be sidelined by a positive coronavirus test.

The Eagles have three quarterbacks on their active roster, including Carson Wentz, Nate Sudfeld, and rookie Jalen Hurts.

The signing comes just one day after the team had released the veteran.

LeBlanc's return gives the Eagles some more depth at the cornerback position after they cut veterans Sidney Jones and Rasul Douglas over the weekend.