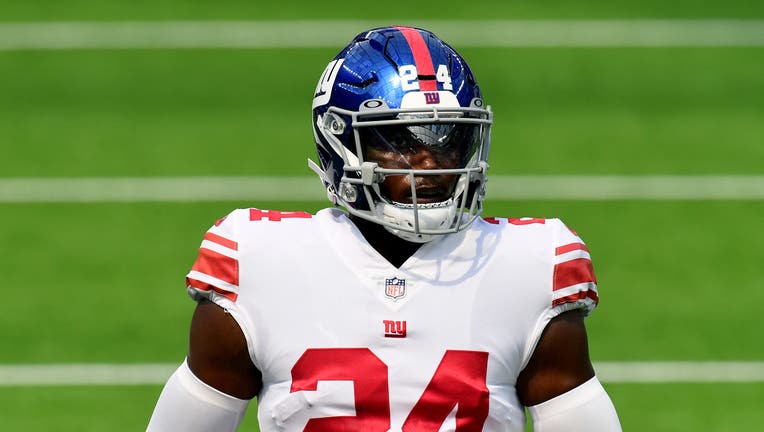 INGLEWOOD, CALIFORNIA - OCTOBER 04: James Bradberry #24 of the New York Giants warms up before the game against the Los Angeles Rams at SoFi Stadium on October 04, 2020 in Inglewood, California. (Photo by Harry How/Getty Images)

PHILADELPHIA - The Eagles have agreed to terms on a one-year deal with veteran cornerback James Bradberry, the team announced on Wednesday.

Bradberry, 28, spent the last two seasons as a starter for the New York Giants and made a Pro Bowl for the team in 2020. The Giants released Bradberry earlier this month as a salary cap casualty.

Before his time with the Giants, Bradberry played four solid seasons in Carolina. He started 31 games over the last two seasons and was particularly dependable in 2020 with his pass coverage. He had three interceptions that season.

While the Eagles have made several moves to bolster their defensive line and linebacker depth this offseason, they had yet to make a major splash that would improve their secondary.

Safety Rodney McLeod and cornerback Steven Nelson both moved on in free agency, but the Eagles were able to hold onto safety Anthony Harris.

The Eagles are likely hoping Bradberry can start opposite Darius Slay, and next to nickel corner Avonte Maddox.