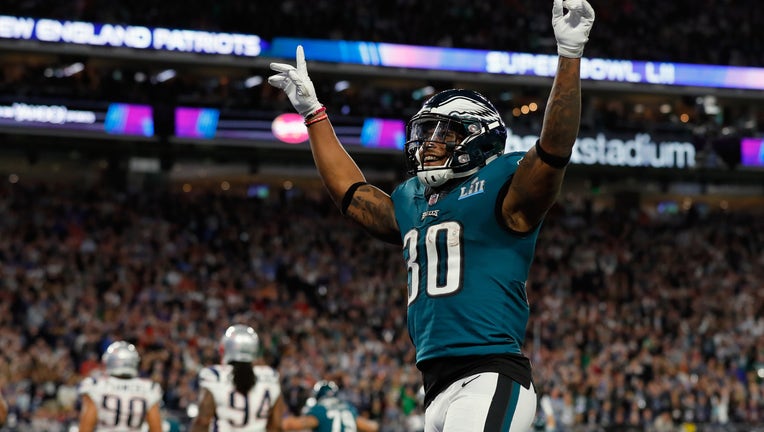 Corey Clement #30 of the Philadelphia Eagles celebrates the play against the New England Patriots during the second quarter in Super Bowl LII at U.S. Bank Stadium on February 4, 2018 in Minneapolis, Minnesota. (Photo by Kevin C. Cox/Getty Images)

PHILADELPHIA - The Eagles announced today that they have agreed to terms with running back Corey Clement.

The contract is a one-year deal for the Glassboro, New Jersey native.

Clement, who was previously a free agent, played 3 seasons with the Eagles recording 1,586 yards and nine touchdowns.

Clement also led the team in receiving yards during the team’s appearance in Super Bowl LII victory over the New England Patriots.

He spent most of the 2019 season on the Injured Reserve only playing in 4 games before injuring his shoulder.