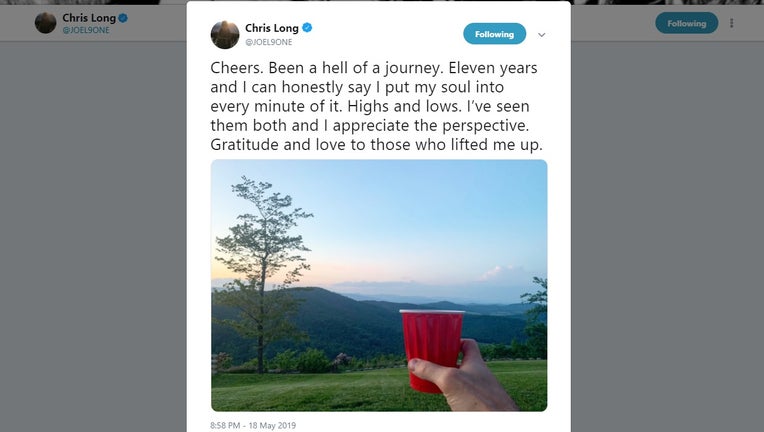 PHILADELPHIA - After 11 years in the NFL, Eagles defensive end Chris Long has called it a career.

Following some deliberation about his future, Long announced on social media Saturday that he is retiring.

The 34-year-old played two seasons in Philadelphia and helped the Birds capture their first Lombardi Trophy in 2018.

Long played in 32 games with the Eagles and collected 35 tackles and 11.5 sacs.

Son of former NFL standout turned commentator, Howie Long, Chris was drafted second overall in the 2008 NFL Draft by the St. Louis Rams, and spent 8 seasons in blue and gold.

Long won his first Super Bowl ring with the New England Patriots, where he played an integral role in the team's dramatic comeback over the Atlanta Falcons in Super Bowl LI.

Off the field, Long will be remembered for his charitable contributions. In 2017, Long's first season in Philly, he donated his entire years salary to a different charity each week.

Last season, Long was awarded the 'Walter Payton Man of the Year' award, which recognizes player's volunteer and charity work.

"When you look at everything Chris Long accomplished as a player and person, it's easy to see how fortunate we've been to have him on our team," the Eagles said in a press release.