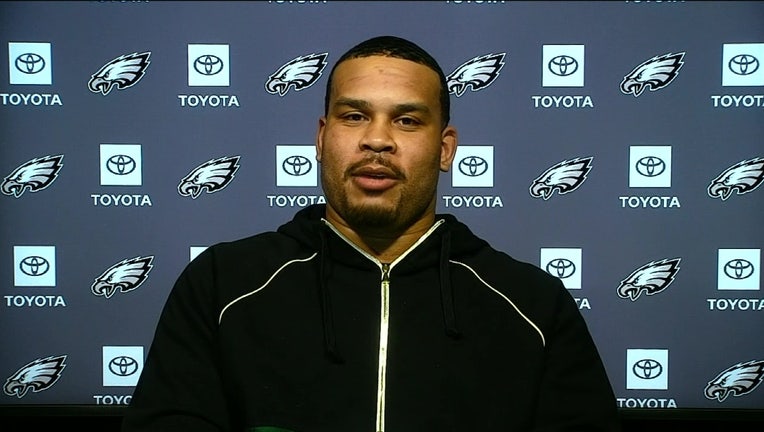 PHILADELPHIA - One of the key members of the Philadelphia Eagles offensive line during their Super Bowl LII run has announced his retirement.

Right guard Brandon Brooks, 32, announced he would be stepping away from the game during a press conference on Wednesday.

Brooks entered the league as a third-round pick of the Houston Texans in 2012, and signed with the Eagles as a free agent in 2016.

The three-time Pro Bowler started 14 games in that first season with the Eagles, and started 48 regular-season games and 5 postseason games from 2017-2019.

Injuries plagued his final years with the Eagles, only allowing him to play in two games over the past two seasons.