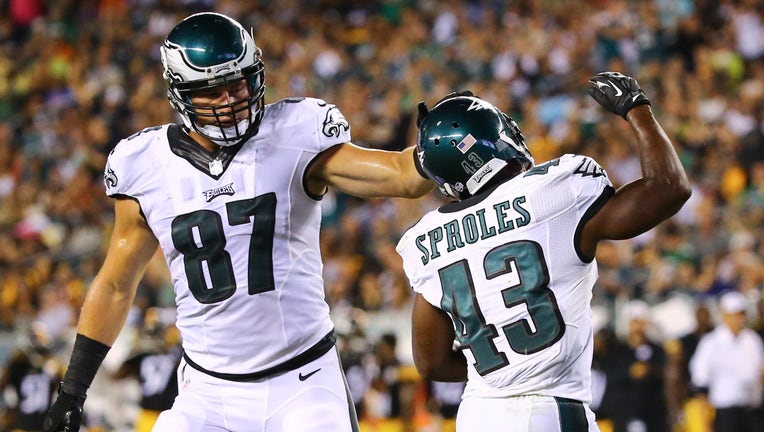 Running back Darren Sproles #43 of the Philadelphia Eagles is congratulated by tight end Brent Celek #87 after scoring a touchdown in the second quarter to give the Eagles a 14-0 lead against the Pittsburgh Steelers on August 21, 2014 at Lincoln Fina

PHILADELPHIA - The Philadelphia Eagles have announced the hiring of three former players to their front office.

Connor Barwin was hired as an assistant the general manager, while Brent Celek and Darren Sproles will serve as personnel consultants.

Barwin, a former defensive end and linebacker, played 10 seasons in the NFL and spent 2013-2016 as a member of the Eagles.

Former tight end Brent Celek spent all 11 of his seasons with the Eagles before retiring as a Super Bowl champion in 2017.

Running back and return specialist Darren Sproles announced his retirement from the NFL after the 2019 season, his 15th.

Along with the former players, the Eagles announced the hiring of Tom Hunkele, Ted Wrath, and Jeremiah Washburn.