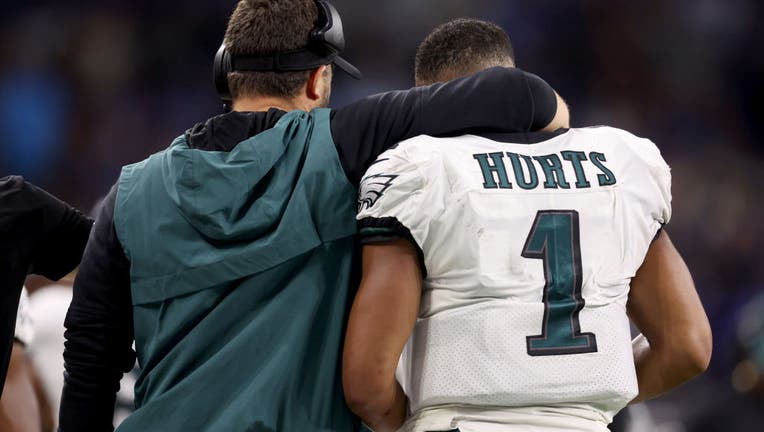 DETROIT, MICHIGAN - SEPTEMBER 11: Head coach Nick Sirianni and Jalen Hurts #1 of the Philadelphia Eagles on the sidelines during the second quarter in the game against the Detroit Lions at Ford Field on September 11, 2022 in Detroit, Michigan. (Photo

PHILADELPHIA - Jalen Hurts, Justin Jefferson and Patrick Mahomes are finalists for The Associated Press 2022 NFL Most Valuable Player and Offensive Player of the Year awards.

The winners will be announced at NFL Honors on Feb. 9. A nationwide panel of 50 media members who regularly cover the league completed voting before the start of the playoffs.

Hurts had 3,701 yards passing, 760 yards rushing and 35 touchdowns combined, leading the Philadelphia Eagles to a 14-3 record in the regular season and the No. 1 seed in the NFC. The Eagles (15-3) are in the NFC championship game for the second time in six seasons. 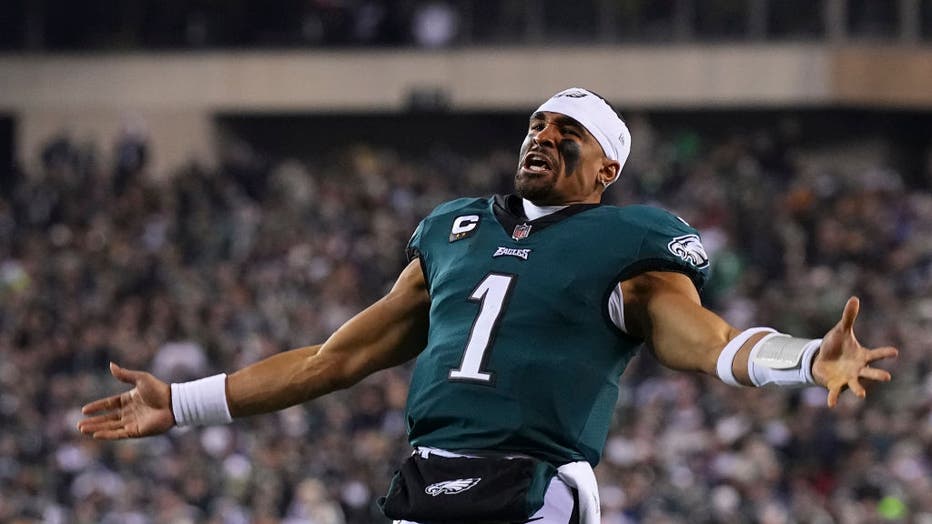 Jefferson led the NFL with 128 catches and 1,809 yards receiving in his third season with the Minnesota Vikings. Jefferson was one of two unanimous choices for AP All-Pro along with Chiefs tight end Travis Kelce.

Brian Daboll, Doug Pederson and Kyle Shanahan are the finalists for AP Coach of the Year award. Daboll led the New York Giants to a 9-7-1 record in his first season as head coach. Pederson guided the Jacksonville Jaguars to a 9-8 record and an AFC South title in his first year with the team. Shanahan led the San Francisco 49ers to a 13-4 mark, including 5-0 down the stretch with third-string rookie quarterback Brock Purdy.

Purdy, the last player selected in the draft, began the season as third-string QB and stepped in after injuries to Trey Lance and Jimmy Garoppolo. He led San Francisco to a 5-0 record down the stretch, two playoff wins and an appearance in the NFC championship game at Philadelphia.

This was the first year for the AP’s new voting system. Voters chose a top 5 for MVP and top 3 for all other awards. For MVP, first-place were worth 10 points. Second through fifth-place votes were worth 5, 3, 2 and 1 points.

For all the other awards, first-place votes equaled 5 points, second were 3 and third were 1.