Flyers giving away Gritty Chia Pets at game against Hurricanes

The Flyers are giving their fans an epic gift at the game!

The promotional giveaway was announced in September as Gritty watched a QVC-inspired demo of the "the furry friend you can take home with you." 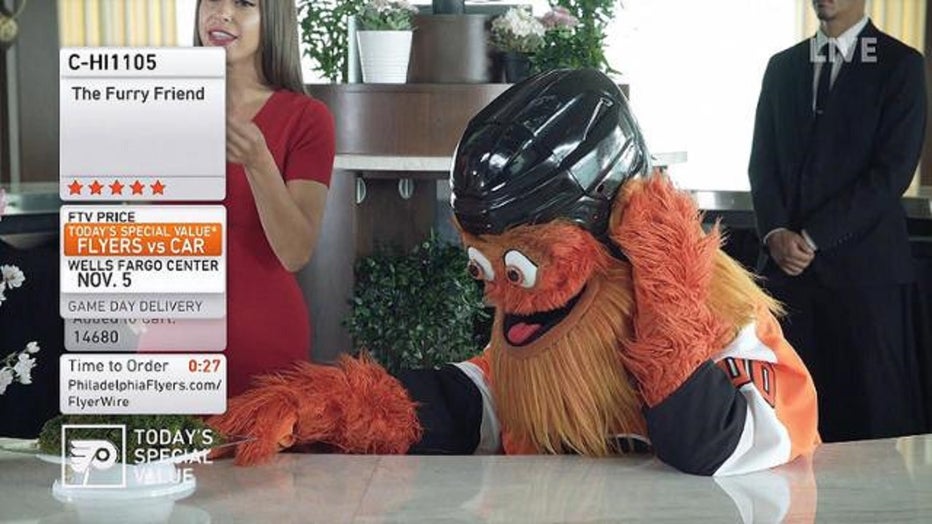 Since the mascot’s turbulent September 2018 unveiling, he has scored a Broken Goblet Brewing beer in his name, a formal resolution issued by Philadelphia’s City Council welcoming him to the city, a BBC profile and an inordinate amount air time on late-night programs across the country.

He also humbly nominated himself for TIME Magazine’s "Person of the Year."

The Flyers face the Hurricanes at 7 p.m.