PHILADELPHIA - Former Philadelphia Eagles running back Jay Ajayi has gone pro in a new sport and will be representing another Philadelphia sports franchise.

The Philadelphia Union announced Tuesday that the veteran running back would be representing their team in an eMLS Cup campaign.

Ajayi becomes one of the first professional athletes to turn into a professional gamer. His eMLS campaign will kick off with the eMLS League Series One in Philadelphia on January 10. 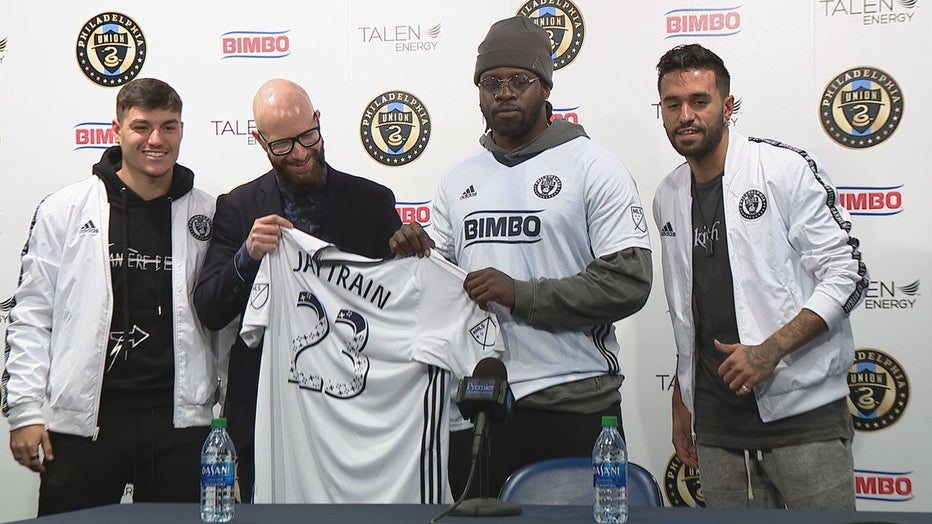 The Union introduced Ajayi as their representative in a press conference Tuesday afternoon.

“I’m excited to be part of the Philadelphia Union and for this opportunity with the eMLS,” Ajayi said. “I’m excited to see what I can do and just take this challenge on.”

Ajayi played a few games as a member of the Philadelphia Eagles this past season when Jordan Howard was sidelined with an injury. The 26-year-old was a key member of the Eagles backfield during their 2017 Super Bowl run.

“It’s something that was a hobby for me, so an opportunity like this to have fun with it, possibly win a title as well and invest down the road, all those things made it intriguing for me to try and join this club and take on this challenge,” Ajayi said.

eMLS League Series One will be held at Union Transfer this Friday and is a free event.