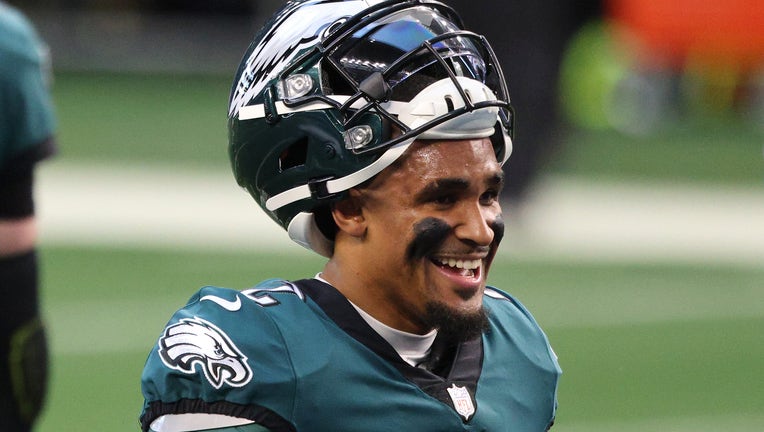 Jalen Hurts #2 of the Philadelphia Eagles looks on before the game against the Dallas Cowboys at AT&T Stadium on December 27, 2020 in Arlington, Texas. (Photo by Ronald Martinez/Getty Images)

NOTTINGHAM, Pa. - Eagles quarterback Jalen Hurts has teamed up with Alex's Lemonade Stand to surprise a local boy and his family with money for a new home!

Alex's Lemonade stand helped put Hurts in touch with Erick, a seven-year-old Chester County boy who has been battling cancer.

Hurts had originally reached out to Alex's Lemonade Stand looking for ways to help. When he learned about Erick's battle and his family's sacrifice he decided he wanted to help make their Christmas wishes come true.

The organization says during Hurts' conversations with the family, he learned the family of seven was living in a two-bedroom trailer.

Hurts recently surprised Erick and his family with a visit, and then presented them with a $30,000 check to put towards a new home.

"Hearing your story, hearing Erick's story, it touched me, and I wanted to so my part," Hurts said as he presented Erick's family with the check.