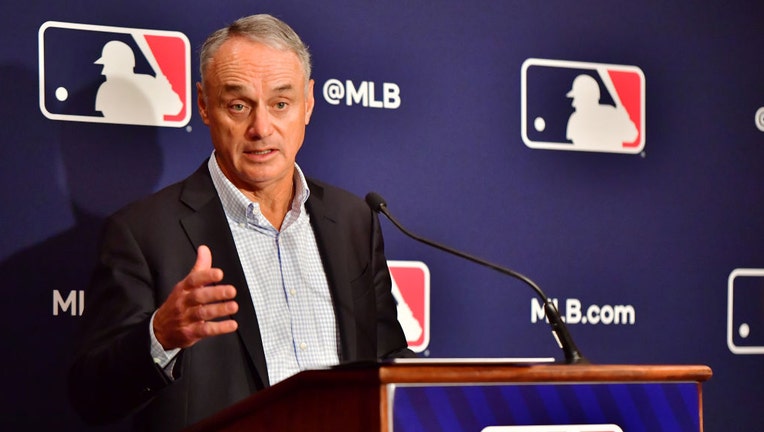 Baseball Commissioner Rob Manfred says spring training remains on hold because of a management lockout and his goal is to reach a labor contract that allows opening day as scheduled on March 31.

With the second-longest work stoppage in baseball history stretching into its 71st day, Manfred said teams will make a new offer when negotiations resume Saturday for just the fifth economic bargaining session since the five-year labor contract expired.

"I am an optimist and I believe we will have an agreement in time to play our regular schedule," Manfred said Thursday after a three-day owners’ meeting. "I see missing games as a disastrous outcome for this industry and we're committed to making an agreement in an effort to avoid that."

Spring training workouts had been scheduled to start on Feb. 16.

"The status of spring training is no change right now," Manfred said. "We're going to have a conversation with the MLBPA about the calendar. We understand where the calendar is, but until we have that conversation and until we see how this session on Saturday goes, it's no change."

Whenever an agreement is reached, at least three weeks of workouts are needed, perhaps more.

Before workouts can start, additional days are needed to gear up.

"We do have some logistics that would have to be handled between an agreement and actually opening the camps, the biggest of which is the players getting where they need to be," Manfred said.