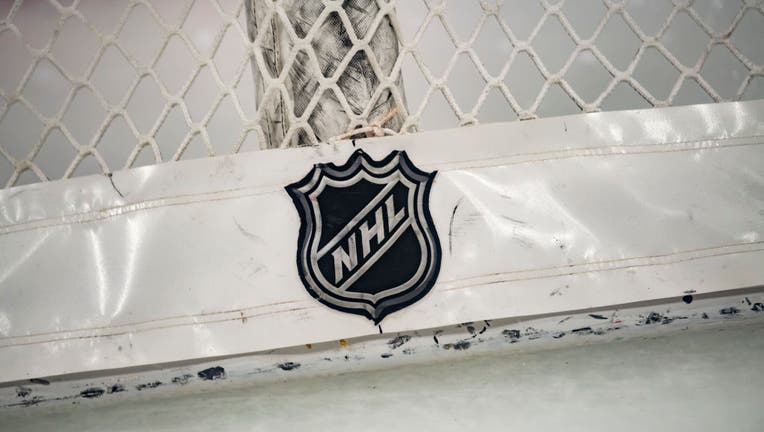 An NHL logo is seen prior to a game between the Nashville Predators and the Chicago Blackhawks on January 9, 2020, at the United Center in Chicago, IL. The league announced two positive test results for COVID-19 after beginning Phase 3 of its reopeni

NEW YORK - Two NHL players tested positive for COVID-19 during the first five days of the league’s Phase 3 of its “Return to Play” plan, the league announced on Monday.

The league said in a statement that 2,618 tests were administered to more than 800 players from July 13 to 17. The players who did test positive are now self-isolating and are abiding by both protocols from the Centers for Disease Control and Prevention (CDC) as well as Health Canada.

“During Phase 3, the NHL will continue to provide regular updates on the number of tests administered to players and the results of those tests,” the league said, noting that it will not provide information on the identities of the players who tested positive.

RELATED: Washington is changing the name of its NFL team. Here are other pro teams that changed their titles

Along with other professional sports leagues, the NHL previously suspended its season due to the coronavirus pandemic. In May, the NHL announced its Return to Play plan, a four-phase initiative that would allow the league “to complete the season and award the Stanley Cup in a manner in which the health and safety of our players, on-ice officials, team staff and associated individuals involved are paramount,” according to a May press release.

Phase 1 began in May, with players being instructed to self-isolate as much as possible. Phase 2 kicked off in June, with some team facilities being allowed to reopen in a limited fashion, where players were only allowed to participate in non-contact skating drills with coaches and other staff members having to stay off the ice, according to the Sporting News.

In late June, the NHL said that 15 players had tested positive for COVID-19 after reporting for league training. At that time, the league said “there have been in excess of 1,450 COVID-19 tests administered to this group of NHL players.”

Teams entered Phase 3, open training camp, on July 13. Players and staff all have their eyes on resuming the season with an expanded 24-team playoff set to begin in two hub cities — Toronto and Edmonton, Alberta — on Aug. 1.

The MLB, operating under a truncated schedule due to the pandemic, had its second day of baseball exhibitions on July 19. The NBA is slated to return to play soon with games being held at the ESPN Wide World of Sports complex in Orlando, Fla.

On July 18, the Associated Press reported that the NBA is tweaking the rules for those initial match-ups, going with 10-minute quarters instead of the usual 12 minutes.

The change is for several reasons — among them, not wanting to overly tax players after they went more than four months without games, and because some teams do not have their full rosters at Walt Disney World yet because of coronavirus and other issues.

Fans celebrated the recent return of Major League Soccer, now in the midst of a multi-week tournament.

RELATED: Not a soccer fan? No problem — Here’s why you should care about the return of MLS